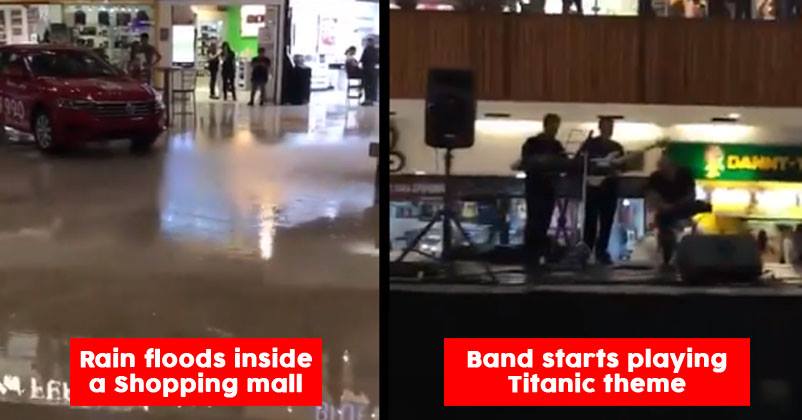 A mall in Mexico was flooded with water due to heavy rains, but people instead of panicking and running were laughing. The reason will make you laugh too, a band performing there live started playing Titanic’s theme song when rain poured from above. The band should be appreciated for their quick thinking.

The video of the band quickly caught attention online and has more than 7 million views. Plaza Patria Mall in Zapopan Jalisco in Mexico was the place where the incident happened. Someone recorded the video and posted it online, the tweet read,” It is flooding Plaza Patria in Guadalajara and the musicians started playing the Titanic JAJAJAJAJAJAJAJAJA I’M SCREAMING ”

This video soon went viral and people just could not get over it!

Continue Reading
You may also like...
Related Topics:Funny Videos, Mexico