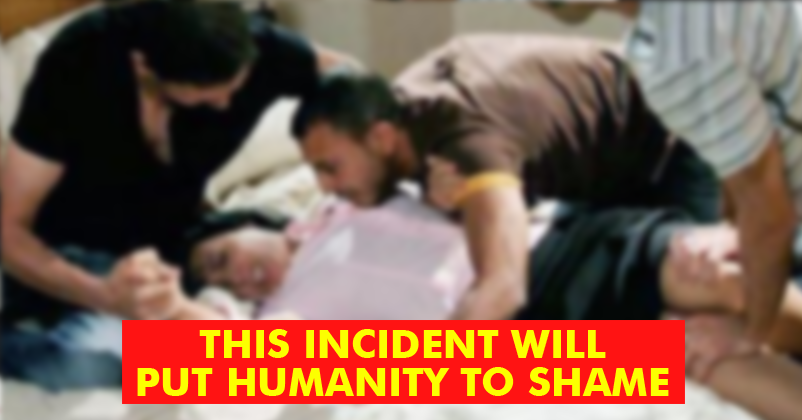 Every now and then, we hear about rape cases; in metro cities, these incidents have become very common, agree?

Recently, an incident has come to light in Faridabad, wherein 2 guys from Delhi University along with few other boys, raped their friend. This is just so UNBELIEVABLE!

Yes, 2 guys, Sunny and Gaurav took this girl to Faridabad on 3rd of February for some party; this was at night, after their college’s annual function got over. The girl (20) is a history student at Delhi University’s South Campus and Gaurav and Sunny study in the same class. They formulated a master plan along with some other boys and gave her the worst experience of her life. The duo took the girl on a motorcycle by convincing her that there was a party and very soon her female friend would be joining them; this is the reason she agreed to go with them but instead of a party, they took her to Rohtash’s (Another friend) residence in Faridabad.

As soon as they reached Rohtash’s house in Faridabad, they were soon joined by others (Sachin, Vinod and Bunty); these guys took her to a room and raped her turn by turn. This was not it; even a video clip was recorded. They forced the girl to drink alcohol and she was almost in an unconscious state. After giving her a warning to not reveal this matter outside, they permitted her to leave the house and one of those guys, Vinod, asked the girl if he could drop her back home. She agreed, but had no clue that even he will rape her. Yes, on their way back home, Vinod stopped the car midway and raped her. When she resisted, he threatened that he will upload the video online. This incident left the girl in trauma. Somehow, she gathered courage and informed the sexual harassment committee of her college; later, on 18th of February, an FIR was filed at Lajpat Nagar Police Station. As of now, police have arrested 5 people i.e. Rohtash, Sunny, Gaurav, Vinod and the boy behind this plan, Bunty; however, Sachin is absconding and police is still trying to find him. The mobile phones of the accused have been sent for technical analysis and a case under section 376-D has been registered against them.

This is very bad; nowadays, you need to be careful while hanging out with friends too. The girl must have not thought in the wildest of her dreams that such a thing would happen to her.

Let’s see what action is taken by the police, what’s your take? Do share your views in our comments section below….