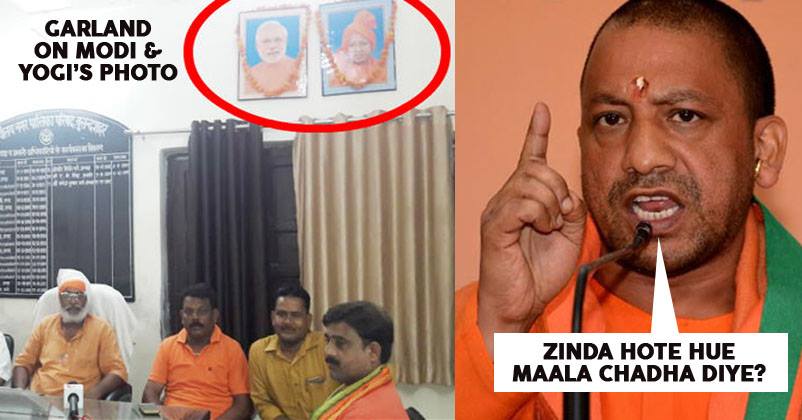 It’s a general norm to adorn photos of deceased people with garlands. However, one garlanded pic of Indian Prime Minister Narendra Modi and UP Chief Minister Yogi Adityanath has been going viral on the Internet.

In this photo, some people are seen sitting and behind them, photos of Bhim Rao Ambedkar, Sardar Vallabhbhai Patel, Mahatma Gandhi, Narendra Modi and Yogi Adityanath are hanging on the wall and all the photos are garlanded. 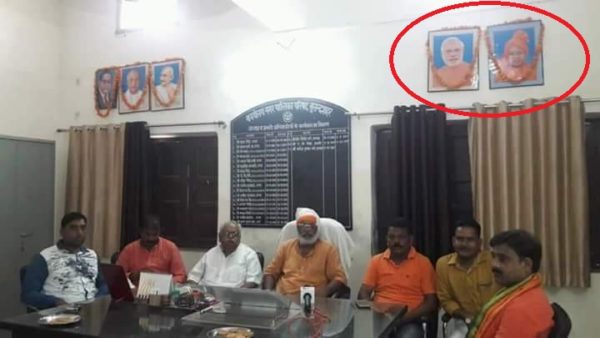 Social media is abuzz with reactions as it is improper to put garland on the photos of those who are alive.

This photo is from the office of Nagar Palika Parishad, Bulandshahr, and the person sitting in the middle on the big chair is Chairman Manoj Garg who is also from BJP.

The photos were garlanded on the occasion of 15th August when the Indian Independence Day was celebrated. The officials noticed the mistake when the pic went viral and the garlands were removed.

As per the Executive Officer, an enquiry has been ordered into the matter, report will be submitted within three days and the person responsible for the goof-up will be punished.

Well, big mistakes like this should be avoided by the government officials, what do you say?

Kejriwal Celebrated His Birthday After Atal Ji Left The World? Did It Really Happen?
In Pune, 300 “Shivde, I Am Sorry” Banners Were Put Up. What Is This?