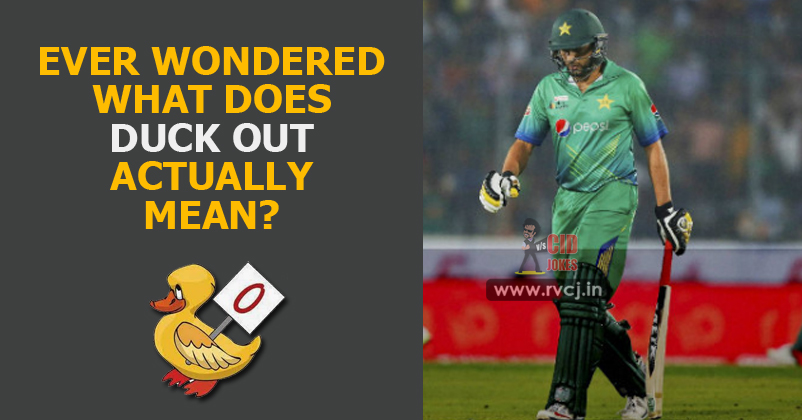 “Duck” is a terminology used in Cricket. We all know that duck out means a batsman’s dismissal for a score of ‘0’. But in English duck is used for a water bird. So, have you ever wondered what is the relationship between ‘0’ and a duck? Why is it called? Here is the actual reason:

The term duck is a short form of “duck’s egg out” which is being used even before Test cricket began. The name duck is believed to have come from the shape of the number “0” which is similar to that of “duck’s egg”.

The first use of duck’s egg was in 1886 while referring to the score of ‘0’ by Prince of Whales’ on 17th July 1886, a local newspaper wrote that the Prince “retired  to the royal pavilion on a duck’s egg”. The following headline meant Prince returned to the pavilion by scoring a number which is similar to duck’s egg i.e 0. After this incident, duck out has been used on a number of occasions in newspapers thereby it became popular.

There are different types of ducks in cricket : (Usage may vary regionally):-

Don’t forget to share this information with your friends. Share your views in the comments section below

Continue Reading
You may also like...
Related Topics:cricket, Diamond Duck, Duck, Duck Out, Duck's Egg out, Golden Duck, Here's What Duck Out In Cricket Actually Means.!!

Even You Wouldn’t Have A Huge Fan Following As This Horse ! Meet The Handsomest Horse Ever
Johnny Lever’s Daughter Jamie Has Grown Up & She’s As Skilled As Her Father