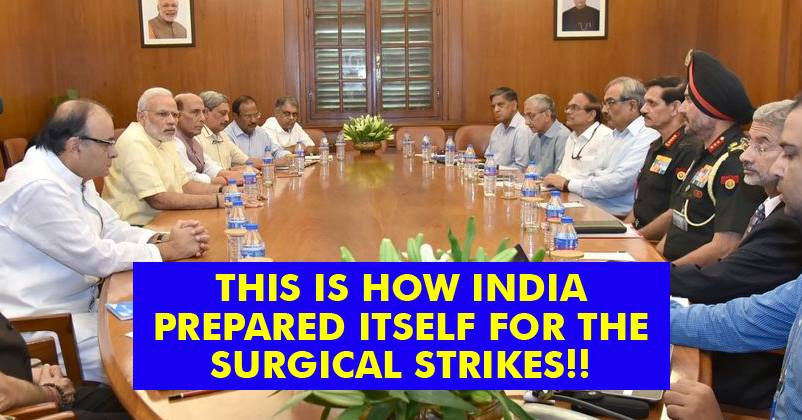 If there is any other synonym for the word like ‘PERFECTION’, it is definitely ‘INDIAN ARMY’. After the URI ATTACK, the whole nation came together and said ‘ENOUGH IS ENOUGH’ The threshold of bearing such attacks ran out. People wanted actions and this time they meant ‘REAL BUSINESS’. Indian Army felt the pain of its people, and Indian Government felt the urge to reply to these terrorists in their very own language. The starting point of this attack became the very point from where these terrorists infiltrate in our country – The Line of Control. Almost 10 such sites were chosen as the targets. After thorough study, 4 were chosen as the primary target sites. Bhimber and Hot Springs in the Poonch-Rajouri sector, Leepa opposite Baramulla and Kel that faces the Kupwara sector. For operating out such surgical attacks, it was necessary to get the ground reports. RAW Chief and his key officer in charge of Pakistan took the matter into their hands and upgraded the reports well within time along with the National Technical Research Organisation, which presented its report of movement associated with infiltration bids, using monitoring satellite imagery. This was the not the first time when such surgical attacks were taking place. However, this was indeed the first time when such high intensity intelligence reports were considered before taking out such strikes. There were 4 groups generated for carrying out this surgical strike. The Indian Army’s 25th Division in Rajouri on the Jammu axis, 19th Division in Baramulla and the 28th Division in Kupwara along with Special Forces teams with artillery and missile units. The total number of commandos were not more than 100.

The TIME when we attacked…

Four teams from two Indian Army Special Forces units targeted 5 terror launch pads which were 2-3 km beyond the LoC. The operation started around 12.30 A.m. More than 30-40 terrorists along with 2 Pakistani soldiers were killed in this counter terrorism attack. In total, 7 terror launch pads were destroyed during the surgical strike. After causing heavy destruction into the terrorist camp, Indian Special Forces came back till 4:30 A.m. During the surgical strike, there was not even a single casualty from Indian Army side. Such was the precision.

The strikes were made public by the Joint Secretary in the Ministry of External Affairs, Vikas Swarup, along with the Director General of Military Operations, Lt Gen Ranbir Singh, at a press conference on Thursday morning. The decision to carry out this surgical strike was granted by Prime Minister Narendra Modi, who called an all-party meeting at 4 pm after Indian Army conducted surgical strikes in Pak territory. The National Security Advisor, Ajit Doval held several meetings in New Delhi with the three service chiefs to ensure that the Indian Army had adequate “Actionable intelligence” to carry out these surgical strikes. Along with that, there were other major military formations in Rajasthan and Punjab in case the surgical strike led to an escalation.

The potential retaliation from Pakistan side was already prepared by instructing the Indian Air Force and Naval Chiefs to keep their forces on high alert. In fact, all the villages well within International Borders and LOC were evacuated so as to quickly react to the Pakistani retaliation with minimum civilian casualties. Carrying out such clean and precise surgical strikes indeed proves a point. And that point is – “Yes, we love peace but not at the cost of losing our sons, brothers, fathers and friends.”

Flipkart Takes A Sly Dig At Amazon’s Great Indian Sale & This Time It Is A Direct Hit !
Reason Revealed! Here’s Why General Dalbir Suhag From Gorkha Regiment Wears The Strap Below His Lower Lip