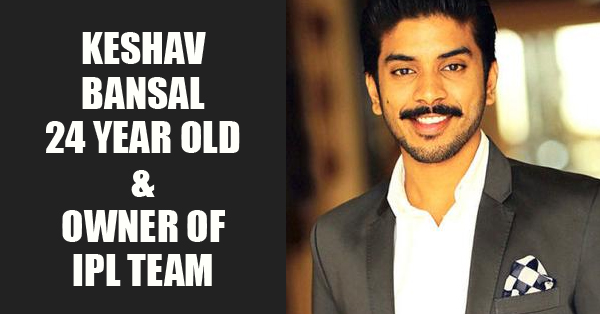 Indian Premier League popularly known as IPL was started in 2008 by Lalit Modi, a member of BCCI at that time. IPL is a professional cricketing league which takes place in the month of April-May every year. IPL has completed 8 successful years and the 9th edition of the tournament is underway. Mumbai franchise is a 100% subsidiary of IndiaWin sports. Mukesh Ambani’s wife Nita Ambani leads Mumbai Indians from the front. She is a regular face at the stadium during a Mumbai Indian’s match. Nita is an avid cricket lover and also organises various charity events with the help of Mumbai Indians franchise and players. Mumbai Indians have won 2 IPL titles under the captaincy of Rohit Sharma. Pune franchise is one of the new teams in this year’s IPL. Sanjiv Goenka chairman of RP – Sanjiv Goenka group is the owner of this franchise. Sanjiv decided to name his team which suits with his group i.e RP – Sanjiv Goenka (RPSG) – Rising Pune Supergiants (RPSG). Mahendra Singh Dhoni is given the captaincy role and ex-CSK skipper Stephen Fleming took the coaching role. Delhi franchise was bought by GM Rao of GMR group and was a part of IPL from its first edition. GM Rao’s son Kiran Gandhi is a constant face in the owners dugout whenever his team is up for a battle. Zaheer Khan is the captain of Delhi Daredevils in this edition of IPL. Kalanithi Maran bought Hyderabad franchise after the Deccan Chargers was scrapped by BCCI due to various reasons. Kalanithi Maran is the owner of one of the biggest Television networks in the country. David Warner is the captain of SRH. After the Vijay Mallya’s resignation from the ownership, there is no clear idea about the present owner of RCB. Bangalore franchise is fully by United Spirits Limited (USL). Vijay Mallya and his son Siddharth Mallya were seen cheering for the boys every time they play at the Chinnaswamy until last year. Virat Kohli is the captain of RCB and New Zealand’s Daniel Vettori is the coach. Punjab franchise is owned jointly by Dabur’s Mohit Burman, Ness Wadia of Ness Wadia group, Bollywood actress Preity Zinta and Karan Paul of Apeejay Surrendra group. Punjab was also a part of IPL since the induction of the league. Preity Zinta travels with the team and is seen cheering for the boys in all the matches. David Miller is the captain of Kings XI Punjab team. Gujarat Lions is the other new team which made its debut in IPL. Gujarat franchise is owned by Keshav Bansal, Director of Intex Technologies. At the age of just 24, Keshav Bansal became the youngest owner of an IPL team. An entrepreneur himself, Bansal followed a great strategy at the IPL auctions by picking valuable players. Suresh Raina is the captain of Gujarat Lions and it has players like Finch, McCullum, Bravo, Jadeja, Dinesh Karthik etc.