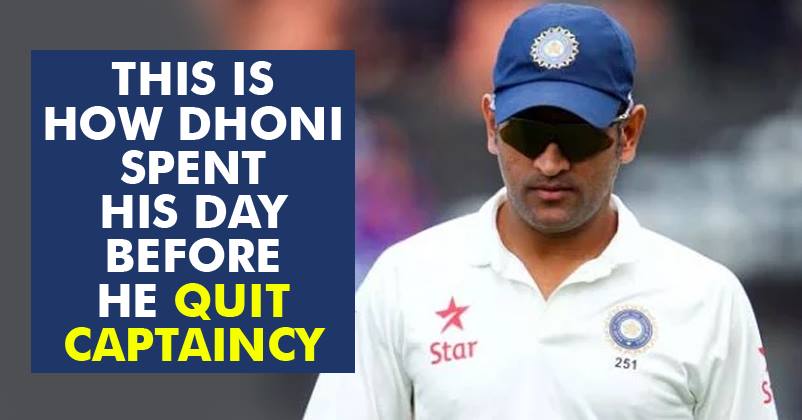 MS Dhoni always shocks everybody with his all of a sudden decision making habit. He has made many decisions in the past that seems to be awkward for many people, but he always succeeded.

Last night MS Dhoni took a decision of quitting the captaincy of ODI and T20 matches. Earlier also back in 2014 he retired from test cricket in the middle of Australian tour and shocked whole cricketing world.

As we all know, MS Dhoni is mentoring the Jharkhand Ranji team and his Guru-Mantras are the reason of team’s entry in semifinals for the first time since their entry in 2004. Last thing MS Dhoni did before stepping down as limited over captain was a 30 min long meeting with the Jharkhand team mates. He chatted with them about the highs and lows and suddenly gave a small message that he is quitting the captaincy. However, he didn’t give the reason behind it. Everybody present over there was shocked and couldn’t believe what they heard.

He shocked everybody back in 2014 when he dropped the bombshell of his Test retirement minutes after a post-match press conference in Melbourne. That time also he came into the dressing room and told everybody about his all of a sudden decision of retirement.

For MS Dhoni, it’s just another small thing. After that he had dinner with everybody and no one can notice even a slight change in his behavior after taking a huge decision. That’s why he is considered the King because he deals with adverse situations with ease. This Is Fastest Ever Run In Cricket History. Even Faster Than Usain Bolt!
Twitterati Trolled Yograj Singh After Dhoni’s Resignation from Captaincy! You’ll Go ROFL!