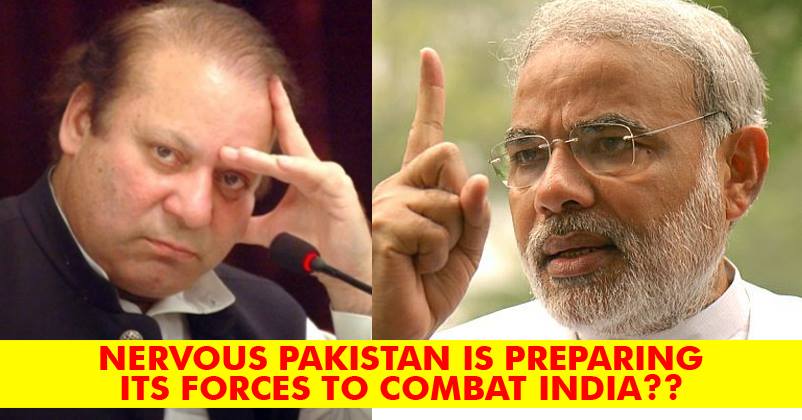 Indian is extremely furious over the killing of 18 Indian jawans in the Uri Attack on Sunday. Now, the nation is looking for ways to take military and diplomatic actions, so as to take revenge from Pakistan.

Pakistan has become quite nervous over this and Nawaz Sharif is gearing up with all the necessary preparations so as to retaliate in case of attack. Yes, the PM has made sure that the forces are all set for accepting upcoming challenges. This is because there are many rumors about India resorting to surgical strikes in Pakistan any moment.

Raheel Sharif, the Pakistan Army Chief General has already had a word with PM Nawaz Sharif to chalking out a proper plan.

Pakistan’s plan is all set!

• Firstly, the leave of all personnel at J&K and Indo-Pak border is cancelled.

• The number of personnel has also been increased to a great extent to ensure that the manpower is sufficient.

• All flights to Northern Pakistani cities have been cancelled. This is because there is a restriction in the air space.

• Motorways have been closed by Pakistan. These are places where fighter jets can make landings or take-offs during emergencies.

Here’s the official confirmation given by Pakistan International Airlines’ Danyal Gilani with regards to cancellation of flights!

Intensity of Kashmir dispute has to be reduced!

Currently PM Nawaz Sharif is in New York to address the UN General Assembly. Now, General Sharif and Nawaz Sharif are in talks with regards to this issue. There have been some discussions between the duo regarding proposals that have to be made while addressing the session, so that the intensity of the Kashmir dispute can be reduced. Rajasthan-Pak border saw some unusual activity of troops last night and since then, a high alert has been set for BSF. However, there is no confirmation whether they were terrorists.

Only time will tell what will happen! As of now both India and Pakistan are getting ready and are securing a SAFE ZONE! What do you feel about this? Do let us know in our comments section below.

Robber Threatened A Punjabi Aunty With Knife! What She Did Next Will Make You Proud Of ‘Punjabis’
This Is The Best INDIAN State For Working Women! You’ll Be Ashamed To See Delhi’s Position!