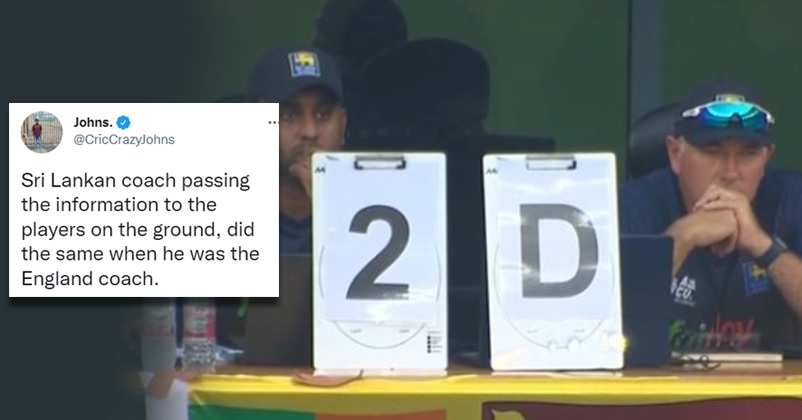 The Bangladeshi cricket team has been knocked out of the Asia Cup 2022 after getting defeated by Sri Lanka in their second group match by 2 wickets. The match was played yesterday at Dubai International Stadium and it won’t be wrong to say that it was a nail-biting contest with the balance of the match getting tilted on either side during the match. 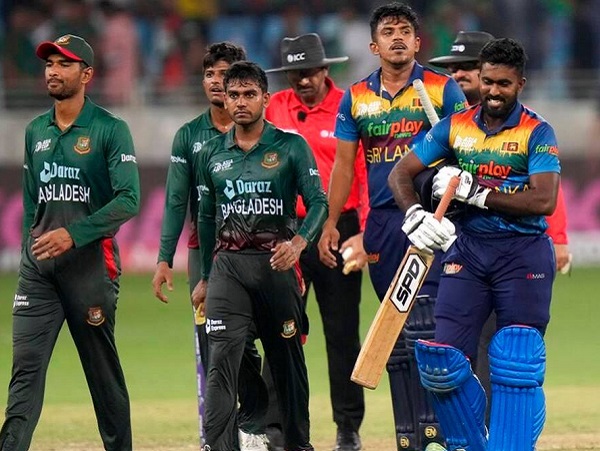 However there was one thing off-the-field which surprised many; yes, we are talking about the cryptic messages sent by the Sri Lankan head coach Chris Silverwood to his players during the Bangladeshi innings. The toss in this all important do or die match was won by Sri Lanka which decided to bowl first and in the first innings, the Sri Lankan head coach along with the team analyst was seen sending coded messages through the clipboards which read, “2D” and “D5”.

Sri Lankan coach passing the information to the players on the ground, did the same when he was the England coach. pic.twitter.com/QeJOuFGxGz

In the opinion of commentators, Chris Silverwood was sending tactical messages regarding the bowling changes that should be made. This is not the first time that he has engaged in such an activity as he has done it earlier too when he was the head coach of the English team. 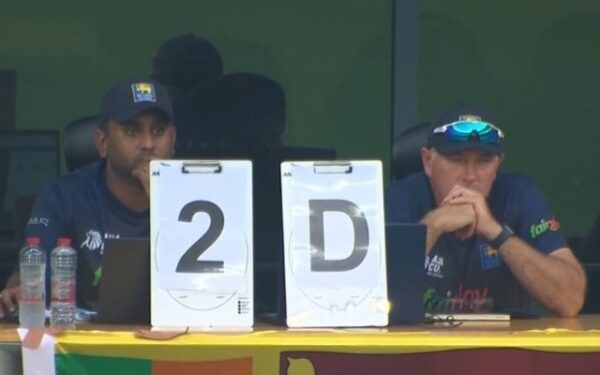 While the former English cricketer Michael Vaughan was against this practice and slammed Chris Silverwood, the then skipper of England, Eoin Morgan supported Silverwood by saying that it was not against the spirit of the game and was just like using the data in a better manner.

As far as the match between Bangladesh and Sri Lanka is concerned, Bangladesh put up a good total of 183/7 in its stipulated overs but Sri Lanka performed a little better and chased the target successfully with 2 wickets in hand and 4 balls remaining in its innings. Sri Lankan cricketer Kusal Mendis was adjudged as the Player of the Match for his brilliant knock of 60 runs for which he played 37 deliveries and his innings included 4 fours & 3 sixes.

What do you think of this tactic by Chris Silverwood? Do let us know.