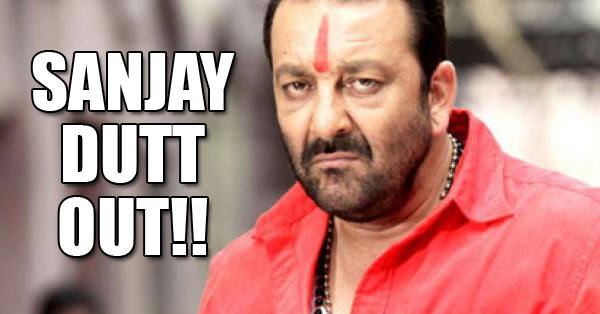 Sanjay Dutt who went to Yervada jail in Mumbai for being a culprit in the 1993 Mumbai Blast is all set to release tomorrow . The actor was sentenced for a 5-year term, and is releasing tomorrow from the jail. The “Khalnayak’ who earns in crores from his film assignment, was earning a meagre amount of Rs.35 a day, as a semi-skilled worker. As per the jail terms, Sanjay Dutt was not even a skilled labour, he could only prepare paper bags. Although, Mr.Dutt was supposed to be allotted Rs.38, 000 for his five year term, but he spent all the money in buying basic necessities from the prison canteen. So as per the calculations, the actor will be paid only Rs.450.

“We have counted the number of days the actor has spent in the jail after finalising his fixed date of release (FDR), after which we then calculated his salary at the rate of Rs 35, per day, which was enhanced to Rs 50 with effect from September 1, 2015,” sources said.

As per the sources, “Dutt’s salary excludes the period of leave of 256 days on parole and furlough which was granted by the Pune divisional commisisoner and deputy inspector general (western region) of the prisons department on numerous occasions ever since he was lodged in the jail in 2013,”

All the arrangements have been done for his grand release tomorrow, i.e. 25th February, 2016.

Meanwhile, some people from jail want to remember Sanjay Dutt as an inmate who used to reduce stress level by donning the cap of a RJ in jail radio. As a film personality, he shared his experience with the inmates while appealing them to give up crime and live a reformed life after undergoing imprisonment. The inmates listened to his jokes and dialogues with rapt attention. Sanju Baba will always be remembered as an obedient prisoner,” said a jail official. While the whole nation is abuzzed with the news.
The famous Noor Mohammadi Hotel is dishing out the Sanjay Dutt’s favourite Chicken Curry for free to rejoice his release from the jail. But the cutest response came from his daughter Trishala. Who Instagram a video and won our hearts.! Wait till tomorrow, and see the country rejoicing his release.

How happy are you with Sanjay Dutt being free? Share with us in the comment box below!

Salman Khan Gave A Kickass Reply To Owaisi Who Asked People Not To Watch His Movies
15 Interesting Facts You Didn’t Know About Shahid Kapoor!!