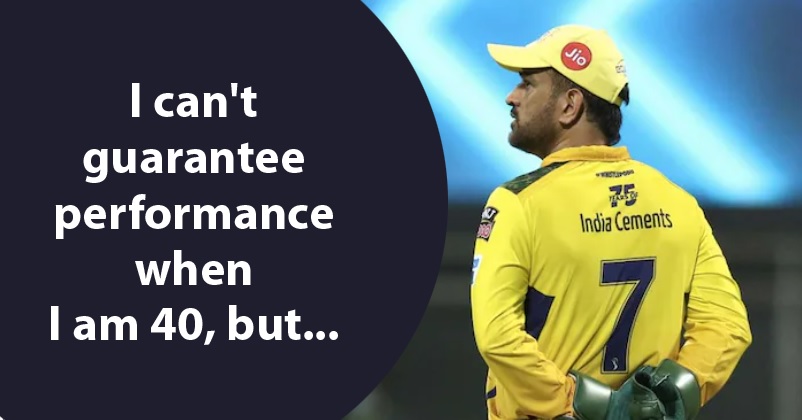 MS Dhoni must be a happy man as his team Chennai Super Kings has been performing quite well in comparison to the last IPL which was held in UAE due to the coronavirus pandemic. In the IPL 2021, CSK has played three matches and it is sitting at the second position with 2 wins while Royal Challengers Bangalore is sitting at the top spot with three wins in the three matches that it has played.

The last match that CSK played was against Rajasthan Royals and the Chennai franchise won it by 45 runs. Batting first, CSK put up a total of 188 runs on the board in the 20 overs which proved to be too much for RR as it could manage only 143 runs for the loss of 9 wickets in its stipulated 20 overs. The pick of the bowlers for CSK was Moeen Ali who picked 3 wickets in his 3 overs and gave away only 7 runs. Moeen Ali was adjudged as the player of the match as he not only took wickets but also made a decent contribution of 26 runs with the bat.

In an interaction with the mediapersons after the match, the winning skipper MS Dhoni opens up on the matter of his fitness and says that getting old and being fit are two difficult things and though it is difficult to keep up with the youngsters in the team, it will be a big positive for him if nobody is able to call him unfit. Dhoni says that he loves to challenge youngsters but at the same time, he also states that he didn’t guarantee performances when he was 24 and he is not doing that even today but he is trying his best to stay fit as it feels very bad if someone calls him unfit.

Speaking on the match against RR, he says that he is happy as the team got around 180 but they could have scored more. Talking about his bowlers, he praised Moeen Ali for his bowling and added that Sam also bowled pretty well. Dhoni said that the wicket was not only turning but was also getting sticky, he added that even the wet ball was turning which means that there are good chances of dry ball spinning.

The RR skipper Sanju Samson said that his bowlers bowled well but his team gave 10-15 extra runs. He further stated that his team lost many wickets in middle overs which made it difficult for them to win. Sanju also added that he was shocked to see that the ball was turning without the dew.

Do you feel that CSK will win the IPL title fourth time?

Mahela Jayawardene Showers Praises On Rahul Chahar, Says He Has Got Bowling Intelligence
Fans Trend “Jadeja Everywhere” As They Praise The GOAT Fielder For Taking 4 Catches In CSKvsRR