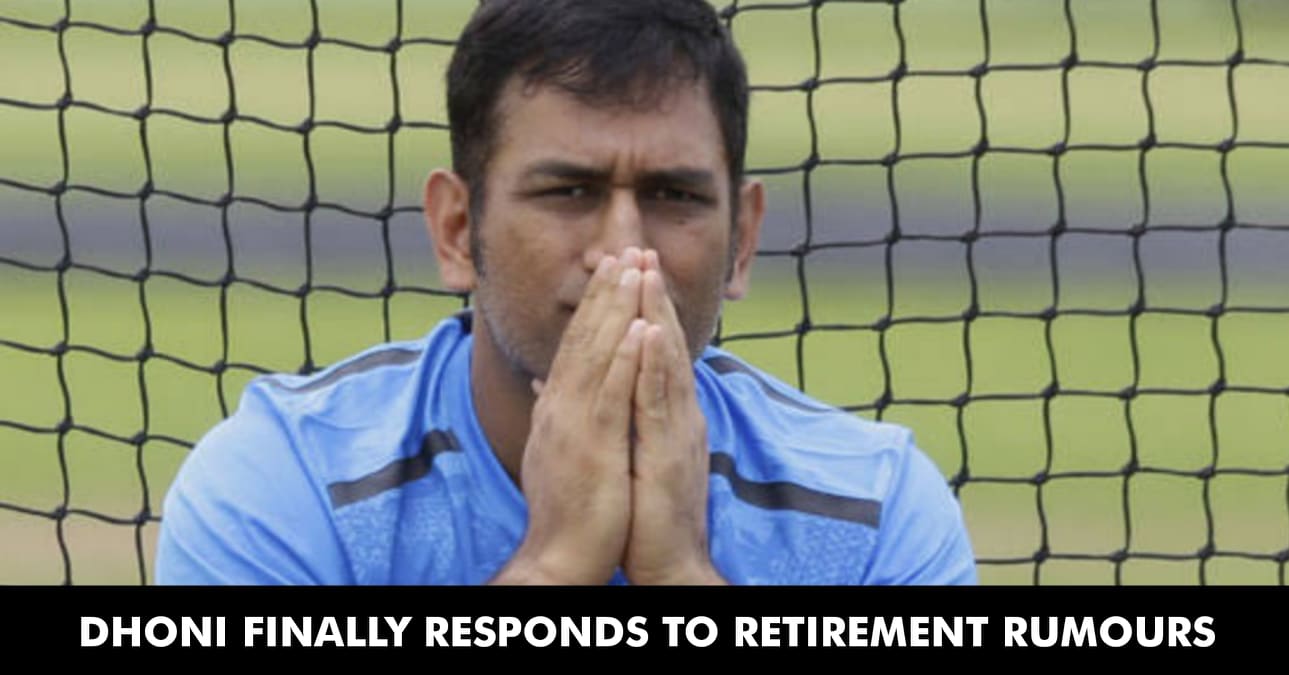 World’s fastest wicketkeeper and the former captain of Indian cricket team MS Dhoni has not been able to do anything remarkable in this ongoing ICC World Cup so far. Even as a batsman he not scored big in this tournament which is quite disappointing for the fans. Reports of his retirement after the championship are making rounds but the player has not confirmed any news himself.

According to some media reports, Dhoni is not sure when to say goodbye to his career but there are some people who want him to quit before India vs Sri Lanka match.

One of the officials of BCCI had earlier said that India lifting the World Cup trophy on July 14 would be the perfect timing for the Indian cricket legend Dhoni to retire. But right now, with semi-finals just around the corners, neither the team management nor the BCCI is ready to talk about this sensitive issue.

India hopes to play three more games in the world cup host country and fans are looking forward to Dhoni’s helicopter shots, his mind-blowing finish and the world cup trophy in his hands.

A Hand On Rishabh Pant’s Shoulder Is Confusing People, Is It A Ghost? Is It Parthiv Patel? Who Knows
Indian Skipper Virat Kohli Might Get Banned Before Semi-Final