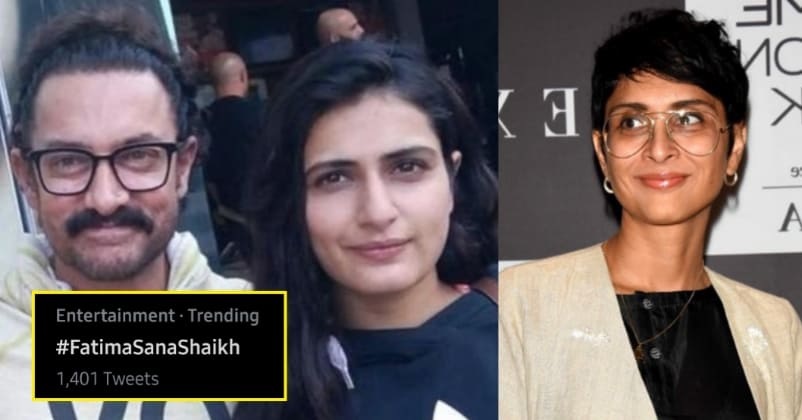 Mr. Perfectionist of Bollywood, Aamir Khan and his wife Kiran Rao have given a rude shock to their fans by announcing in a joint statement that they both have decided to separate as now they plan not to live as husband and wife but co-parents and family for each other. 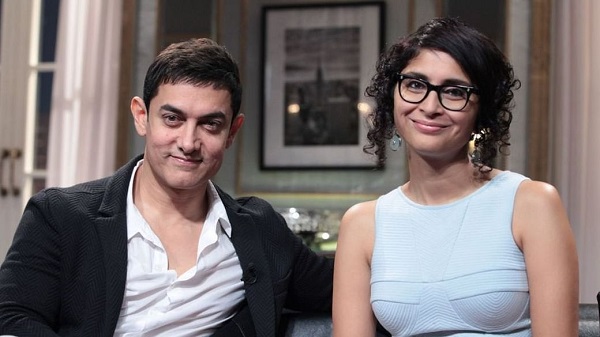 Here’s what their joint statement read,

“In these 15 beautiful years together we have shared a lifetime of experiences, joy and laughter, and our relationship has only grown in trust, respect and love. Now we would like to begin a new chapter in our lives – no longer as husband and wife, but as co-parents and family for each other. We began a planned separation some time ago, and now feel comfortable to formalise this arrangement, of living separately yet sharing our lives the way an extended family does. We remain devoted parents to our son Azad, who we will nurture and raise together. We will also continue to work as collaborators on films, Paani Foundation, and other projects that we feel passionate about. A big thank you to our families and friends for their constant support and understanding about this evolution in our relationship, and without whom we would not have been so secure in taking this leap. We request our well wishers for good wishes and blessings, and hope that – like us – you will see this divorce not as an end, but as the start of a new journey. 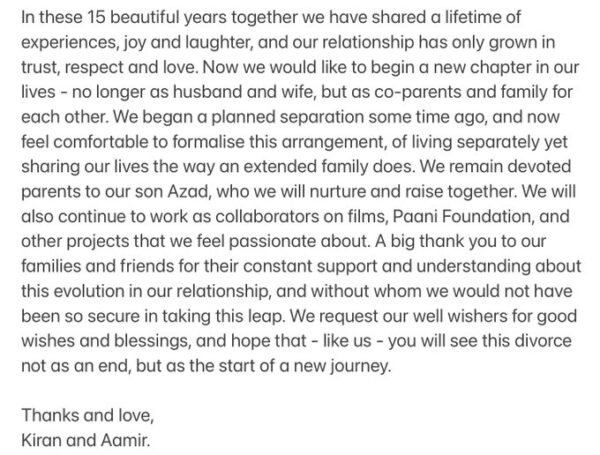 Aamir Khan and Kiran Rao first met on the sets of the 2001 released “Lagaan” movie in which Aamir Khan played the lead role while Kiran Rao was an Assistant director. They got married in the year 2005 and in 2011, they became parents of a son Azad Rao Khan through surrogacy. 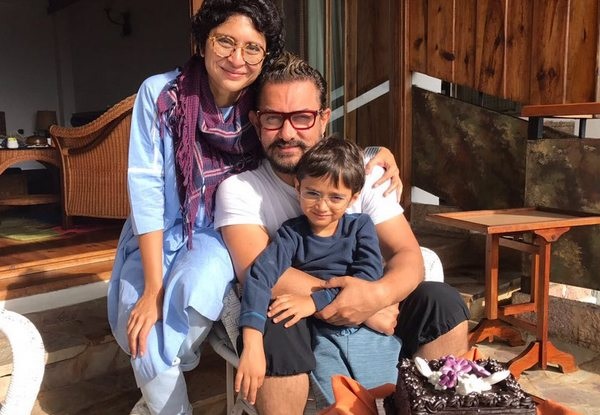 While Aamir Khan and Kiran Rao are trending on the social media networks due to the unfortunate news that they have shared with their fans, the Bollywood actress Fatima Sana Shaikh is also trending on the micro-blogging site Twitter because many think that she is the reason behind Aamir and Kiran’s divorce and soon she will be marrying Aamir.

Fatima Sana Shaikh has worked as child artist in quite a few movies and she played her first lead role in “Dangal” which also starred Aamir Khan. In the film, Fatima played the character of Aamir Khan’s daughter but the rumours of their link-up started doing rounds after they both were seen together on some occasions and the buzz got strengthened after Fatima got a role in “Thugs of Hindostan”. 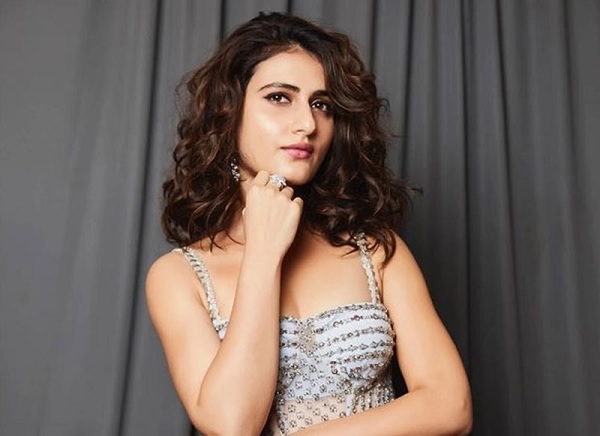 This is how Twitter reacted over Aamir and Kiran’s separation:

it was expected from the day of #Dangal shooting begin!

all knows that amir khan next target is fatima sana shaik!

#FatimaSanaShaikh is 29 years old, #AamirKhan is 56 and his son Junaid Khan is 28.
I am not surprised.

Wtf and this guy was the host of Satyamev Jayate. I think he left Kiran for that Fatima. es Tingu ki bas height kam hai karname bade bade https://t.co/AoYaYwsZj9

Fatima is new woman in life of AmirKhan💔
hope this will last long !!!
Whatever, third wave of corona and third wife of his life just coming…#AmirKhan
#FatimaSanaShaikh pic.twitter.com/ruUQRlUhUo

" Kiran suggested to leave india". It seems that it was not India's intolerance but that of Aamir. She may be very insecure about her wifehood, due to his bheeshan Dangal.The ugly face of this Star is now an open secret. #FatimaSanaShaikh

This is not the first time that Aamir Khan has got divorced as his first marriage was with Reena Dutta in the year 1986 and they both got divorced in the year 2002. Aamir and Reena have two kids together – daughter Ira Khan and son Junaid.

On the work front, Aamir Khan will be seen next in “Laal Singh Chaddha” which is an official remake of Hollywood movie “Forrest Gump”. Kareena Kapoor Khan is playing the female lead in this flick which is directed by Advait Chandan.