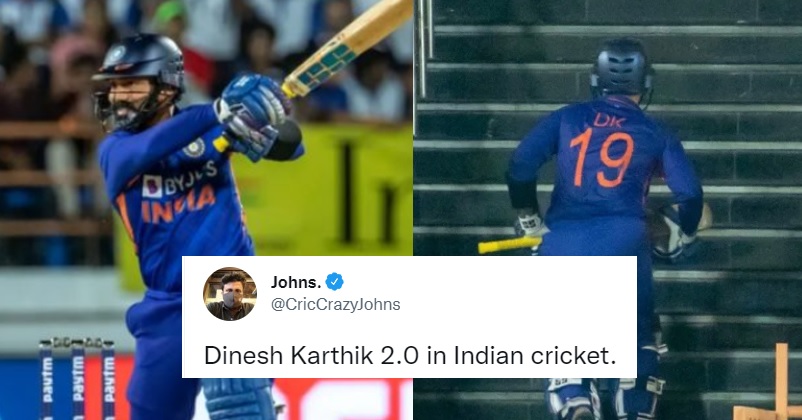 The Indian team succeeded in leveling the 5-match T20I series against South Africa by 2-2 after defeating the visitors in the fourth T20I which was played yesterday at Saurashtra Cricket Association Stadium.

The Indian top-order crumbled after the South African skipper Temba Bavuma won the toss and asked team India to bat first as the openers Ruturaj Gaikwad (5) and Ishan Kishan (27) got out soon. The skipper Rishabh Pant (17) and Shreyas Iyer (4) also failed in making a big score. In fact, there was a time when the Indian squad was 84/1 and it seemed as if it won’t be able to touch even the 150-mark but Dinesh Karthik and Hardik Pandya played superb innings of 55 runs (27 balls, 9 fours & 2 sixes) and 46 runs (31 balls, 3 fours & 3 sixes), respectively and helped their team in putting up a competitive total of 169/6 on the score board. 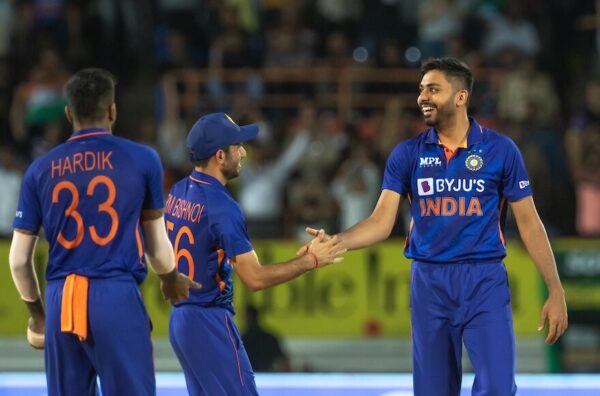 In response, the South African side was not able to put up a good fight as the whole team got wrapped up by the Indian bowlers at the score of 87/9 and India won the match by 82 runs. Avesh Khan picked 4 wickets, Yuzvendra Chahal dismissed 2 batsmen and both the Patel’s (Harshal and Axar) took 1-1 wicket each.

The Player of the Match award was given to Dinesh Karthik, the cricketer who is in sublime form of his career. DK managed to make a comeback in team India after a long gap of 3 years on the basis of his pretty good performances that he played for Royal Challengers Bangalore in the IPL 2022.

The crowd at Rajkot went crazy for DK as he tore apart the South African bowling, 73 runs were scored in the last 5 overs and out of this 73, 49 runs were scored by DK. This was the first half-century of Dinesh Karthik in the shortest format and with this fifty, he surpassed MS Dhoni in terms of the oldest Indian to score a fifty in the T20Is. 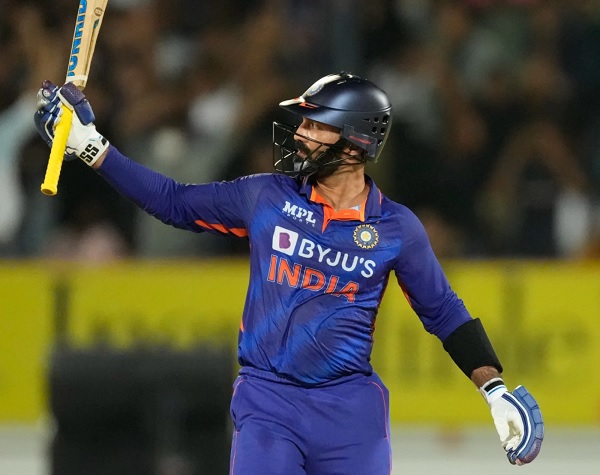 Fans loved this second version of Dinesh Karthik, the finisher and as a result, the micro-blogging site Twitter was flooded with reactions.

Check out some of the selected ones here:

Obama retired at 60.
Trump made president at 70.
Do not let your age tell your story.
It may be just the beginning of something.#DK #DineshKarthik pic.twitter.com/jSKbIKGOmx

Only jersey is different , work is same for Dinesh Karthik finish like a boss.#INDvSA #DineshKarthik pic.twitter.com/wBS2NC5zIm

Dk produce a Dhoni vibe🔥.
Late in his career can DK write his name in history by clinching T20 world cup this year. Hope the Finisher can do that for🇮🇳🇮🇳. There is hope until DK on Crease which I had earlier with MSD.#DineshKarthik @DineshKarthik#INDvSA pic.twitter.com/cTm24qidSX

Dinesh Karthik. No. 19. The Finisher. pic.twitter.com/XEDigIgzgp

Dinesh Karthik is an absolute weapon at the crease 🔥 #INDvSA

Dinesh Karthik is batting better than any other T20 finisher in world cricket at the moment. 1st inn finishing is the toughest & DK is nailing that consistently. Will be a disastrous shame if DK is not in the Indian team playing 11 in the T20 WC!#DineshKarthik @DineshKarthik

The fifth and the final T20I will be played tomorrow at M. Chinnaswamy stadium, Bengaluru, and it will be the decider as the winner of this match will also be the winner of the series.