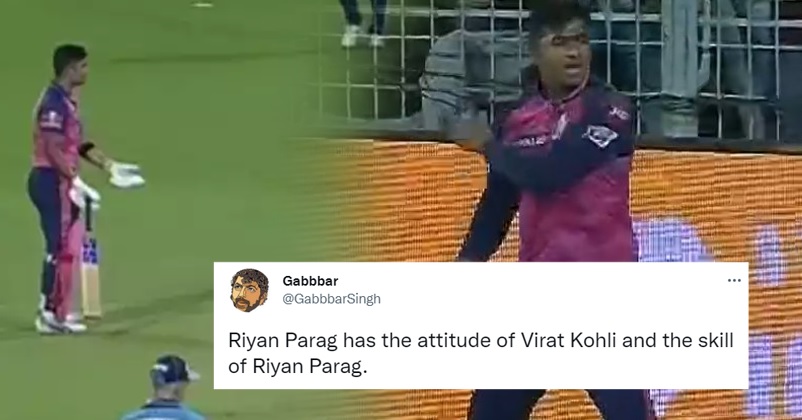 Rajasthan Royals lost to Gujarat Titans in the first qualifier of the IPL 2022 which was played yesterday at Eden Gardens, Kolkata and now RR will need to win the second qualifier if it wants to play the finals of the tournament. While GT cricketer David Miller made headlines for his blistering knock of 68 runs (38 balls, 3 fours & 5 sixes) which he played against his former franchise, the RR cricketer Riyan Parag was in news for all the wrong reasons and he also got slammed by netizens and cricket fans for his attitude. 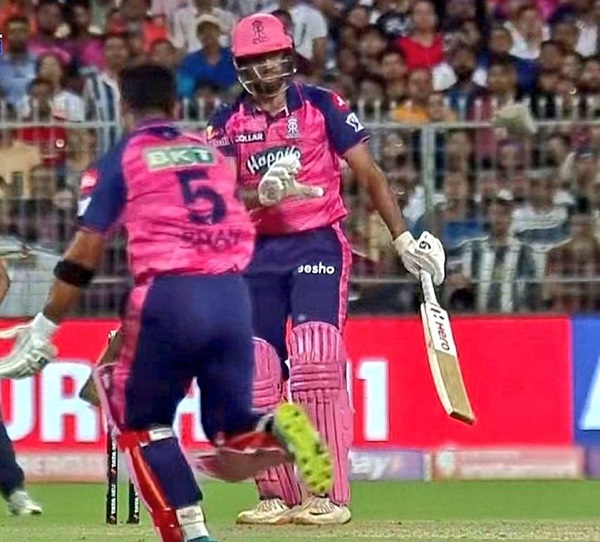 There were two incidents which made some fans very angry with Riyan Parag – the first one happened on the last ball of the RR innings when Ravichandran Ashwin was at the striker’s end and Riyan was on the non-striker’s end. The last ball which was bowled by Yash Dayal went wide and straight into the wicketkeeper’s hand but Riyan ran fast to take a single; however Ashwin stood his ground as there was no single and as a result, Riyan got run out. What irked cricket fans the most was that Riyan gave a d*ath stare to the senior cricketer Ashwin despite the fact that there was no run and Ashwin was at no fault.

The second incident took place when Riyan Parag saved a boundary by diving but he fumed at his teammate Devdutt Padikkal for not collecting and throwing the ball swiftly. 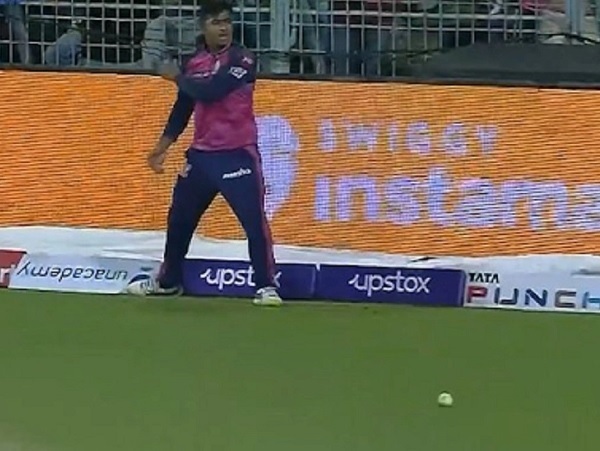 @ParagRiyan check ur stats in batting ur calling urself finisher /alrounder all u do is catch practice pic.twitter.com/TInt2B0Gud

While some praised Riyan for his energy, the majority expressed their unhappiness over his behaviour and attitude. This is not the first time that Riyan Parag has been slammed by netizens, earlier he got into fight with Harshal Patel and mocked umpires. Even former Aussie cricketer Matthew Hayden was not happy with Riyan Parag’s behaviour when he mocked the umpires.

Check out some of the selected reactions

Riyan Parag has the attitude of Virat Kohli and the skill of Riyan Parag.

I wish my employers will hire me for the reason Riyan Parag is hired for RR. Full on entertainment, no work load, sledging seniors at times, and dance ofcourse

Mocked umpires unwantedly and didn't even got punished for it, Staring Ashwin as if it is Ashwin's mistake

Pipe down boi, you're not replicating Virat, you're way worse than krunal.

He is equal to Bangaladeshi players when it comes to attitude on umpire senior player whn seen performance it's non! #riyanparag @rajasthanroyals

#riyanparag was trying to show ashwin that he is bastman and ashwin is bowler, so ashwin should give strike to him so that he can hit big six in last ball. But Infact ashwin can hit more big shots than parag😂.
We all saw that in csk match where parag scored 10off10 balls

Royal Challengers Bangalore and Lucknow Super Giants will clash against each other in the eliminator today which is also going to be played at Eden Gardens, Kolkata.

What is your take on Riyan Parag’s antics?

Sachin Tendulkar Breaks Silence On Arjun Not Getting Chance To Play For MI In Two IPL Seasons
“He Was Way Ahead Of His Time,” Irfan Recalls Shane Warne’s Incredible Captaincy In IPL2008