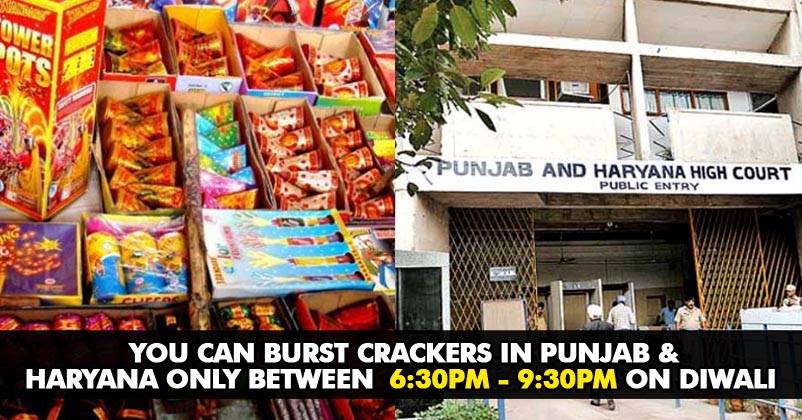 People of Punjab might not be able to celebrate Diwali like before as Punjab and Haryana High Court has put restrictions on burning of crackers. They have restricted the duration to just 3 hours i.e. from 6.30 pm to 9.30 pm. This restriction is applicable in Chandigarh, Haryana and Punjab.

Moreover, guidelines were issued for giving temporary license to cracker dealers. This decision was taken after analyzing the air quality in that region; since authorities found it to be deteriorating, they imposed this restriction. 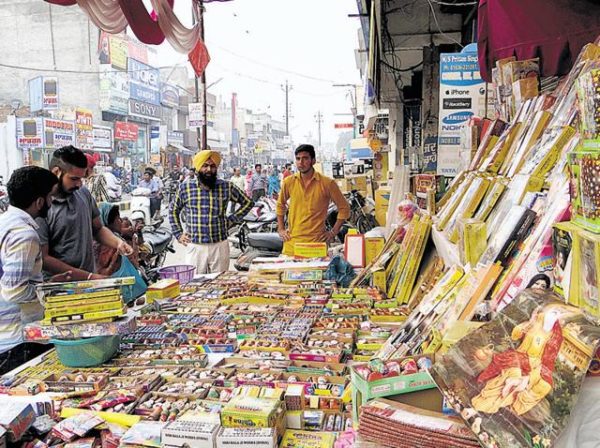 PCR i.e. Pollution Control vans are deployed to keep a check on people there; even Superintendents and Deputy Commissioners will keep a check and see if the orders of the High Court are being respected or not. Permanent licenses cannot be issued to the firecracker sellers without prior permission of the High Court. Even temporary licenses will be granted to limited people.

So at 9:31 everyone burning crackers will get a notice from the courts 😇

Is Laxmi Pooja next?

Timeline issued by court for burning crackers on Diwali in punjab & haryana(6.30-9.30)

Is Laxmi ganesh pooja next on the line????

What the hell is going on?

What the hell is going with judiciary in India. Punjab-Hariyana high court say that
Burst crackers at 6:30 to 9:30 only. Hel#festontarget

All Courts regulating 1day of Diwali

Govt Wake up & pass law Or Diwali is permanently changed.

Well, let’s see whether people follow these orders or not.

Continue Reading
You may also like...
Related Topics:crackers, Punjab

Jio Is Offering 100 Percent Cashback On Recharge Of Rs 399. You’ll Love This Diwali Offer
12 Achievements Of Late APJ Abdul Kalam That Will Make Every Indian Proud