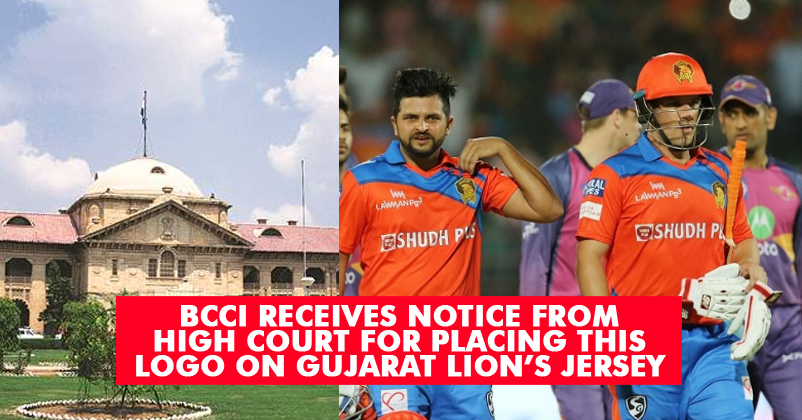 Today, Allahabad High Court has slapped a notice to BCCI, Shudh Plus, A Pan Masala company and Sony channel for promoting tobacco through IPL. If you noticed, the jerseys of Gujarat Lions have a logo of “Shudh plus” printed on them; due to this very reason, a legal action has been initiated.

The court believes that by having the logo of that pan masala company (Which is a sponsor), a harmful product like tobacco is being advertised. It was Prakash Kharwadkar who brought this tobacco promotion to notice and filed a PIL, on the basis of which an order was passed by a division bench headed by Justice Yashwant Varma and Chief Justice DB Bhosle.

In the petition, Prakash highlighted section 5 of COTPA (Cigarettes and Other Tobacco Products Act), according to which it is illegal to advertise tobacco products without a statutory warning i.e. “Chewing or consuming tobacco products is injurious to health”

Further, he added that it was illegal to have the logo of Shudh plus of Gujarat Lions’ jerseys without a warning; not only this, Prakash also argued that the pan masala manufacturing company was running an ad campaign, the jingle of which is “Shudh Plus Khao IPL Jao”. According to the petitioner, the tagline is directly urging the customers to consume tobacco. Let’s see what action is taken; do you think that the logo will be removed from the jersey? Share your views in our comments section below.

Aakash Chopra Blames Rahul Dravid For Poor Performance Of Delhi Daredevils! Check His Tweets!
Ever Thought What The Ticker Below The Score In IPL Means? Read What It Means!