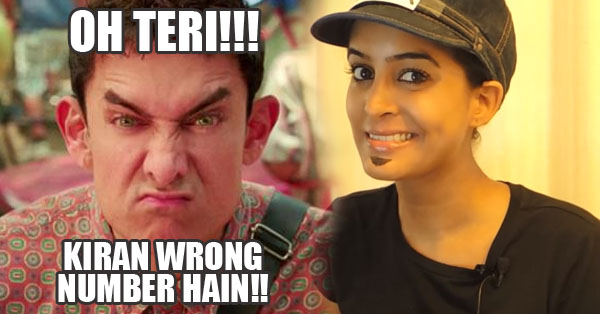 So the social media and the mainstream media has gone crazy about Aamir Khan’s statement for the last two days. Now, we don’t know for sure what Aamir Khan was up to but we know for sure that it has been busy time for all the internet junta who are taking pot shots and what not on Aamir Khan.

Do you think his statements deserve so much attention? We are very much amused by this. That being said, this did not stop Rickshawali from having her own take on what conspired between Aamir and Kiran. In this video Rickshawali eloquently tells you what happened the morning on the day Aamir made that statement. Lots of Hailas and O’teris were unleashed and Aamir being a smarty he is decided to spin the whole situation in his favor. Watch this video and tell us if this might have really happened, kiran rao being pretentious and Aamir being over-smart! Also, let us know what you thought of Aamir Khan’s statement. You think he was saying the truth? Coz Truth alone triumphs ….right?

Hope you loved watching this video. If yes then please do share this post and comment your views on what you think about Aamir Khan’s Satement.

Continue Reading
You may also like...
Related Topics:Aamir Khan, rickshawali

More Than 100 People Committed Suicide After Listening To This Hungarian Suicide Song
He Was Jailed At 25 & Came Out At 69. How He Looks At The World Now Is A Must Watch For All