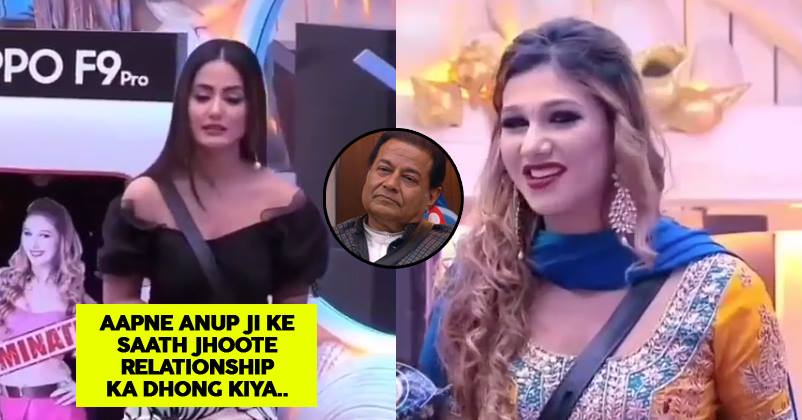 The atmosphere inside Bigg Boss 12 house is heating up after constant fights and arguments, especially among the trio of Dipika, Karanvir and Sreesanth who appeared to share a cordial bond in the beginning of the show. A lot happened between Sree and KV in the last few days that created a rift in their friendship and further when Sree named him for the Kaal Kothri punishment, things turned worse.

Amidst all the controversies and nasty fights, housemates had a lot of fun in Diwali Mela that recently took place inside the house and now Weekend Ka Vaar is expected to be great with Hina Ki Adalat.

Yes, you read it right! The popular TV actress and former Bigg Boss contestant Hina Khan will step in the house in Weekend Ka Vaar and ask various questions from contestants.

A promo released on the micro-blogging site Twitter shows her targeting Dipika and alleges that she appears to do acting all the time in the house and people think as if some emotional scene of her serial Sasural Simar Ka is going on which is not coming to an end.

Apart from Dipika, she questioned other housemates like Jasleen as well. She tells Jasleen that an allegation has been charged against her according to which she faked her relationship with Bhajan Singer Anup Jalota to get an entry in Bigg Boss 12. Jasleen is left highly shocked with this accusation and said, “Hum ek date par ja rahe hain, main aapko kiss kar rahi hun, yeh kaisa guru-shishya ka rishta hai?” (We went on a date and I kissed you, what kind of a teacher-student relationship is it?)

Besides, people will also get a dose of entertainment with Bharti who will add a tadka of humour to the show.

So are you excited for today’s Weekend Ka Vaar?