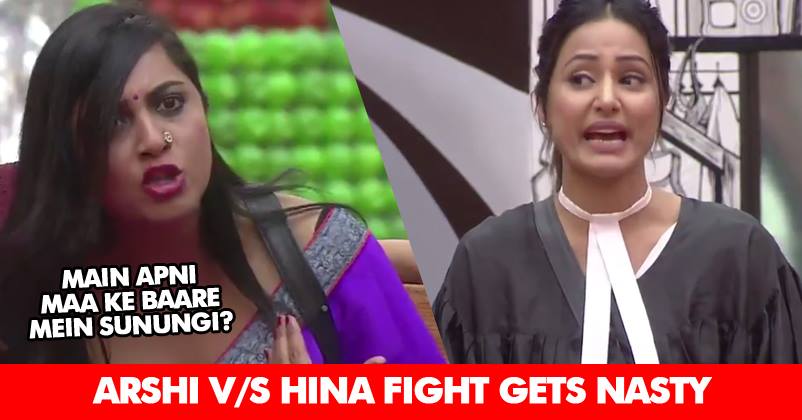 The exciting nomination task is over & now, it’s time for some courtroom drama. This time, for the luxury budget task, the house has been turned into a courtroom.

However, rather than a courtroom, we will get to see a battlefield. Contestants are seen raising personal grudges against each other; tonight’s episode is going to witness a power-packed drama.

In this task, Sapna Chaudhary & Bandgi Kalra are the 2 judges. Contestants are supposed to assume Hiten Tejwani & Arshi Khan as husband and wife, who are all set to take a divorce. Vikas and Hina would be lawyers who are fighting the case.

On this, Hina starts crying loudly and creates tamasha in the house. The fight gets intensified & it leads to a war of words. In fact, this is the most intense fight of Bigg Boss house.

A sneak peek video of the same has been released and in this, Vikas is questioning Hina of this incident. Hina keeps defending herself and says that she didn’t want to get involved.

.@lostboy54 accuses @eyehinakhan of not taking a stand for Arshi Khan against Zubair Khan! Tune in at 10:30 PM! #BB11 #BBSneakPeek pic.twitter.com/ymhEBURTcc

This was just TOO MUCH. But wait, this is not it; even Sapna and Puneesh indulge in an ugly fight. Here’s the video…

A war breaks out between Judge Sapna Choudhary & Puneesh Sharma! Catch it all on #BB11, tonight at 10:30 PM! #BBSneakPeek pic.twitter.com/7QKnqLnL2y

This is going to be one of the most interesting episodes of BB 11. Don’t you think so?

Zareen Khan In Legal Trouble After Alleging Aksar 2 Makers Of Vulgarity
Sayantani Lashed Out At Hina For Her Behavior On National TV. Read Her Tweet