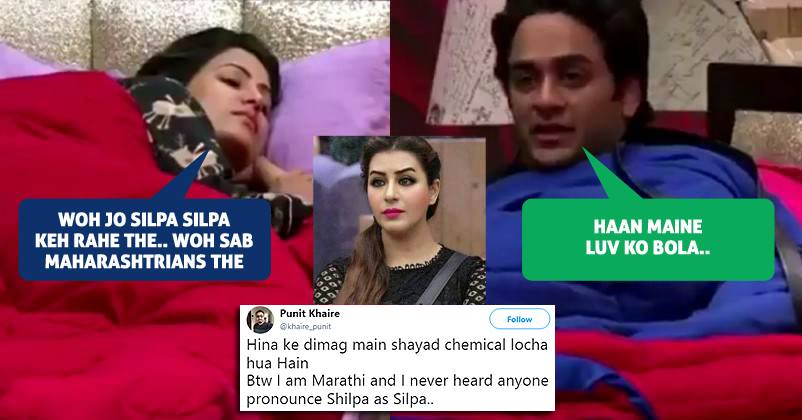 Bigg Boss 11 is treating us with interesting tasks every week. As the finale is nearing, the complexity of tasks is increasing and fans are striving hard to support their favourite contestants in the best possible way.

Fans got a chance to indulge in live voting in Vashi’s Inorbit mall. Shilpa, Hina, Luv and Vikas are nominated this week and BB gave them a twist to go to the mall and seek votes from their fans.

Shilpa had a huge number of fans as compared to other contestants, thanks to her popularity in Bhabhiji Ghar Par Hain. Most of Shilpa’s fans who came to cheer for her in the mall were Mahrashtrians. However, Hina mocked them after returning to the house and this might not go down well with them. 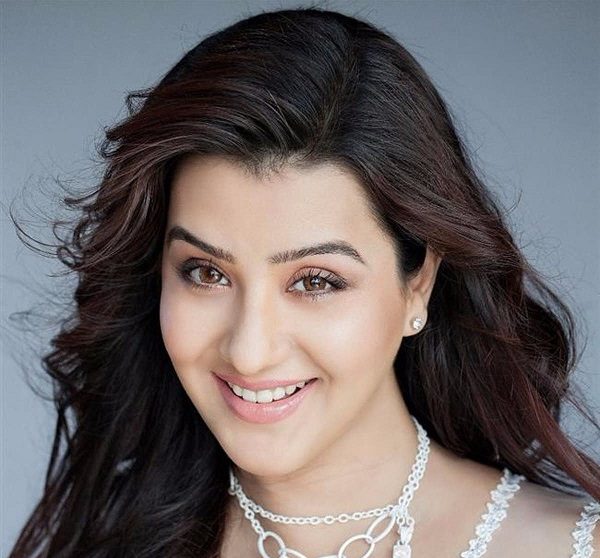 A video is circulated online in which Hina is seen mocking their accent by saying “Silpa Silpa”. She discussed this Maharashtrian accent with Vikas and even he said that he discussed the same with Luv.

As soon as fans saw this video, they slammed Hina for making fun of Shilpa’s fans this way.

This lady is staying in Maharashtra since years and built her career here has issue with Maharashtrians suddenly. This is real Insecurity. BTW #ShilpaShinde is all over India @eyehinakhan .kahin bhi jake dekhlo

She is a filth!

Maharashtra gave hyena an opportunity in TV industry, and it made her TV star.

Maharashtrians will never ever use 'S' for 'Sh'.
We have two pronunciations of Sh in form of 'श' and 'ष' & we even have few letters exclusive to Marathi only which @eyehinakhan might not even be able to pronounce.
She better stop playing regional card & insulting Maharashtrians.

10 Bollywood Stars Who Never Had A Hit At Box Office. Heights Of Unluck
Good News For All Bandgi Fans. She Has Bagged A Role In Bollywood Movie & Here Are Details