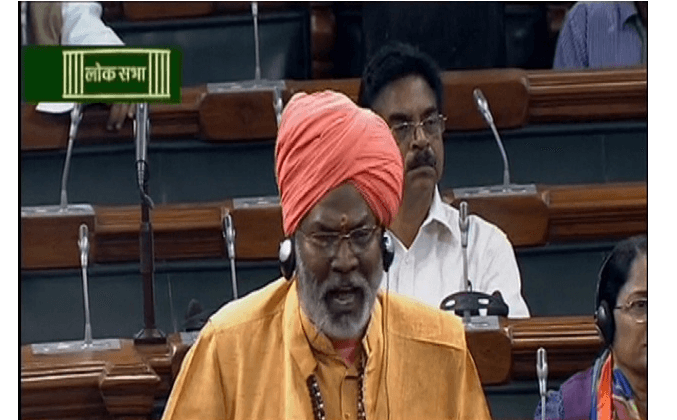 What can be termed as the most bizarre comment ever, came recently from MP of Unnao Sakshi Maharaj. BJP recently received strong criticism for their Agra conversion controversy, and that didn’t even settle down, and came this.

The Mp of Unnao was in Meerut to address on the occasion of Sant Samaagam Mahotsava, when he said “The concept of four wives and 40 children will not work in India and the time has come when a Hindu woman must produce at least four children in order to protect Hindu religion.”

And, reacting to the controversy surrounding ‘Ghar wapsi’ , Sakshi Maharaja passed a statement “a law will be passed in Parliament in which anyone indulging in cow slaughter and conversion will be punished with the death sentence.”

The statement is worth stirring controversy and such scandalous comments acts as catalyst and puts Modi Government under the scanner and in awkward situation. The BJP led MP, passing such lucid comments, highlights the activities of the party. The matter of reconversion hadn’t cooled down, and is still under the scanner.

What do you think? Are such comments acceptable from a person holding such high profile seat in the country running political party?