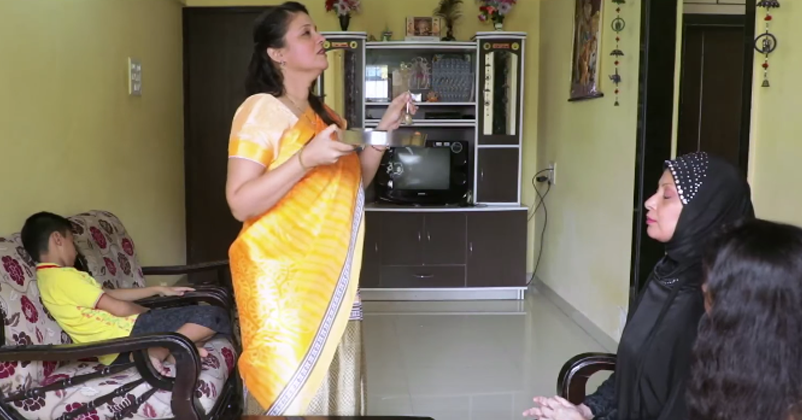 We often hear of religious differences in our society; not only do we hear it, but we have seen quite a lot of incidents as well.

Hindu v/s Muslim is a hot topic of debate in our nation, even though it is secular. Don’t you think people should change their mindsets now? Many tend to give utmost importance to these religious issues and forget the good deeds that are done by them. For instance, people will always remember that Muslims attacked Hindus, but they won’t remember incidents wherein they came forward and selflessly offered help.

The Short Cuts has come up with a wonderful short film “Ghar Waapsi” on this occasion; in this short film, a Hindu woman offers Prasad to Muslim woman and also applies teeka on her daughter’s forehead. The Muslim woman refused to eat Prasad and also wiped off the teeka.

What happens at the end is a lesson for all those who believe in religious differences. Watch the video below;

So guys, didn’t you learn a lot after watching this wonderful video

Mia Insulted WWE. Wrestler Challenged Her To Touch His Private Part
Hindu & Muslim Share A Taxi & Fight Over Nationalism. Suddenly Something Happens Which Unites Them