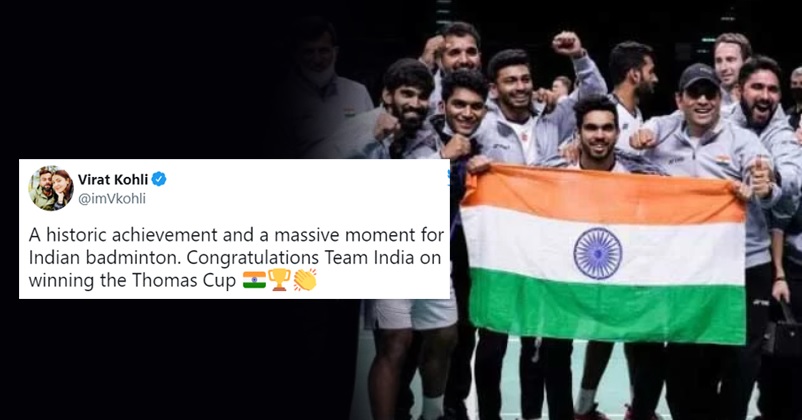 The Indian badminton fans are very excited as the Indian badminton team scripted history by winning the Thomas and Uber Cup for the first time in the last 73 years since its inception. The Indian team made all of us proud by defeating the 14 times champions Indonesia in the finals which was played yesterday at Bangkok, Thailand. 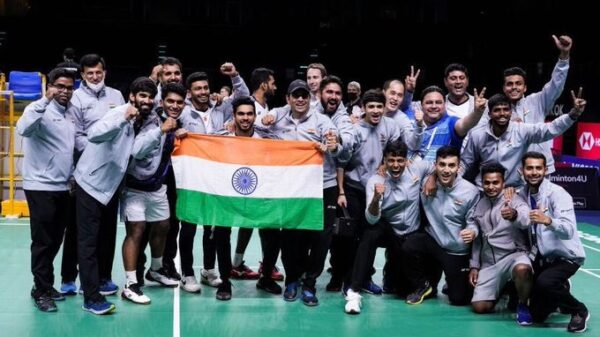 This was the first time that India reached the finals of the Thomas and Uber Cup and after winning the prestigious tournament, it has now become the sixth nation to win it. The five countries which have earlier won this tournament are China, Indonesia, Japan, Denmark and Malaysia.

Though Lakshya Sen lost the first set against Indonesia’s Anthony Ginting by 8-21, he made a big comeback and defeated his opponent in the next two sets by 21-17 and 21-16 and gave India lead of 1-0. Chirag Shetty and Satwiksairaj Rankireddy also played pretty confidently against Kevin Sanjaya and Mohammad Ahsan, the number 1 and number 2 doubles players of the world, respectively. Kidambi Srikanth also played beautifully and used all his experience to deal with Jonathan Christie whom he defeated by 21-15 and 23-21 in the second singles match which was also their final match. 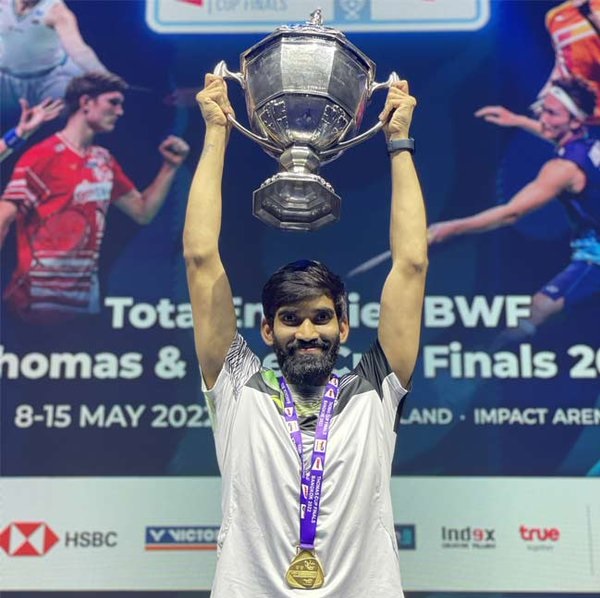 Soon the micro-blogging site Twitter was flooded with reactions and everyone including the politicians, Bollywood celebs, people from the cricket fraternity, etc. congratulated the Indian badminton team on this big achievement.

The Indian cricketers and former players were pretty excited after this historic win and this is how they reacted:

Historic moment for all Indians! 🏸👏🏻

What a day for Indian Badminton.

Congratulations to the whole team on winning our maiden #ThomasCup title. pic.twitter.com/n3VC1naalb

A historic achievement and a massive moment for Indian badminton. Congratulations Team India on winning the Thomas Cup 🇮🇳🏆👏

Congratulations to these history-makers on being crowned the Thomas Cup champions for the first ever time. Such a proud moment for the country. 🇮🇳🥇 #Badminton #ThomasCup2022 pic.twitter.com/e9A295L6Yf

Take a bow Indian men’s badminton team and the 2022 #ThomasCup Champions! What a commanding victory. Congratulations! This historic win will inspire generations to come.

Historic!
Congratulations boys, on winning the #ThomasCup against the most successful team.
You have made the country proud! Take a bow champions 🇮🇳🙌 pic.twitter.com/TpDN4rCRx0

Congratulations Team India 🇮🇳 What a great moment for Indian sport! Well done to all of you 👏 👏 #ThomasCup2022 pic.twitter.com/T7QXQemTRv

We've had individual champions but winning as a team and a first-ever title in #ThomasCup is surreal. Kudos to each and everyone in the Indian team for making this dream come true. We are proud of you! 🇮🇳 pic.twitter.com/fZwQ8nBdfq

Wow! Just Wow. No words to describe this win.

To beat the most successful team ever is an achievement in itself.

Congratulations to our badminton team for the historic #ThomasCup win. So proud to see this. Since 1949, only five teams had won this prestigious tournament, and India won by defeating the 14-time Champion Indonesia!! #ThomasAndUberCups2022

Congratulations to the Indian badminton team on this big and wonderful achievement!

Why Was Andrew Symonds Called Roy & Who Gave Him This Nickname?
“It Was Kohli’s Chance To Win IPL As Captain,” Shane Watson Opens Up On IPL2016 Final