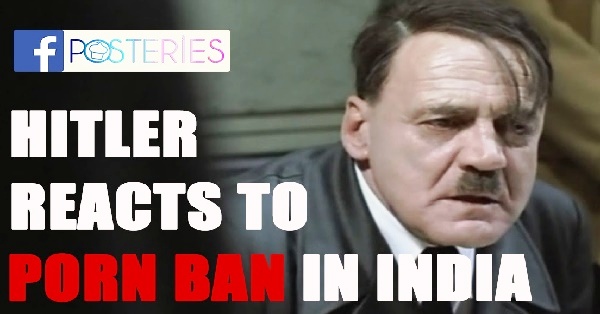 Last week, when the Indian Government banned 857 Adult Websites, the social media was flooded with outrageous comments and reactions. #PornBan trended on Twitter and people took the social sites to express their opinions.

However, the ban was partially lifted as Government want to ban only those sites which show child pornography. The case for banning the adult websites is going on in the Supreme Court and banning adult websites completely seems something impossible as what a person does in a close room is none of the concern of government.

Leave all this aside for a moment and just think how Hitler would have reacted after the banning of adult websites, if he would have been alive. The video shows how disappointed Hitler is, and he asks shouting who voted for this government, first Maggi and now this. He also says that Poonam Pandey is not the answer to Naughty America.

The video is damn hilarious and will make you ROFL:

This Is One Of The Most Brutal Videos On Child Abuse. Watch At Your Own Risk
This Video Of Salman Khan Roaming In A Bikini In Front Of Hundreds Will Shock You