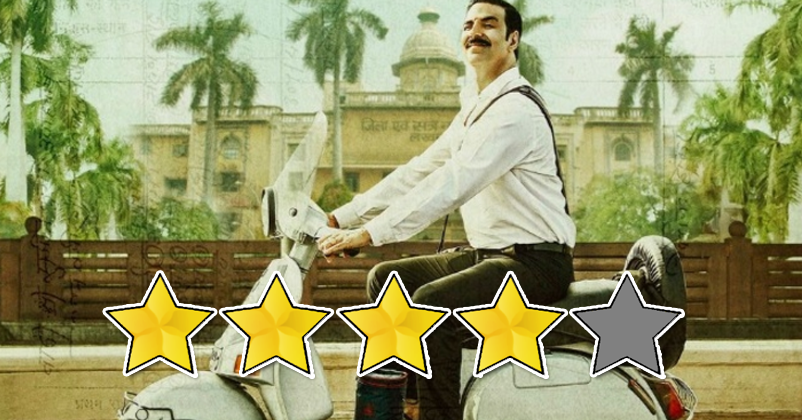 Jolly LLB 2 is a wonderful satire by Subhash Kapoor; it is indeed a great treat for us in 2017! Jolly LLB 2 is such a kind of cinema which has used star power to woo the audience; and yes, it is successful too!

Finally, the movie has hit the screens today and yes, it is already soaking in success. No doubt, it is completely superior to that of the 1st installment, Jolly LLB, starring Arshad Warsi. The sequel has a strong rhythm, strong place, strong time and of course a super-duper plot. To be precise, it is Akshay Kumar (Jagdishwar Mishra) who is going to lead the movie on the path of being a super hit. Everyone had high expectations from Jolly LLB 2; the first one had got a lot of appreciation and so, the hopes were very high from the sequel. The plot mainly deals around corruption and terrorism and serious scenes do crop in from time to time, but this is not it; the script has perfectly managed to add entertainment zones too. On the other hand, the 2nd half has hard-hitting and had emotional dialogues, which is once again a plus point.

Courtroom drama is very well scripted. Dialogue delivery is very sharp and it has indeed kept the users hooked. Basically, Jolly LLB 2 is combination of light scenes as well as harsh realities; a perfect balance is struck here.

Due to Akshay Kumar, the movie is kind of a one-man show. On the other hand, Annu Kapoor, who plays the powerful laywer (Sachin Mathur) has done his part really well and has handled the courtroom drama with perfection. Saurabh Shukla, who essays the role of Sundar Lal Tripathi has done complete justice to his role. How Akshay & Annu Kapoor fight against each other is very interesting; one-liners, satire, drama and emotions keep flowing. Talking about Huma Qureshi, she has essayed the “Wifey” character pretty well. Makers have roped in Sayani Gupta for a power packed cameo and yes, she did leave a very strong image at the end. Every film is incomplete without a negative character and Kumud Mishra fits in perfectly over here.

Subhash Kapoor had a lot of responsibility this time; he had to look at the screenplay, check the direction as well as see the story. Powerful dialogues and a hard-hitting direction is indeed very impressive; moreover, a combination of the local setting adds to the rawness. Direction and photography are just too good; the typical city of Kanpur-Lucknow has been wonderfully shot. The Indian Judicial system is highlighted well; must say, that proper research is done in each and every aspect.

One negative point about the movie is that the climax is unnecessarily stretched. Secondly, the emotional drama at the end becomes boring after a certain point of time. When it comes to music, the song “Go Pagal” is stretched way too much; Baawra Mann on the other hand is good, but there’s a mismatch with the plot.

Akshay Kumar is one of the major reasons for watching the movie. Akshay has always been very consistent in all his flicks; this time too, he has managed to crack it. Another reason to watch the movie is the realistic element associated with it.

At the end, we can say that the movie is definitely worth a watch in the theater; after analyzing everything, RVCJ gives 4 stars to Jolly LLB 2 and yes, it is well deserved.

Have you booked the tickets? If no, you must definitely go and watch it right away!

12 Super Flop Movies Of SRK That Proved To Be A Disaster At The Box Office!
Celebrities Have Reviewed Jolly LLB 2 & You Can’t Miss What They Said!