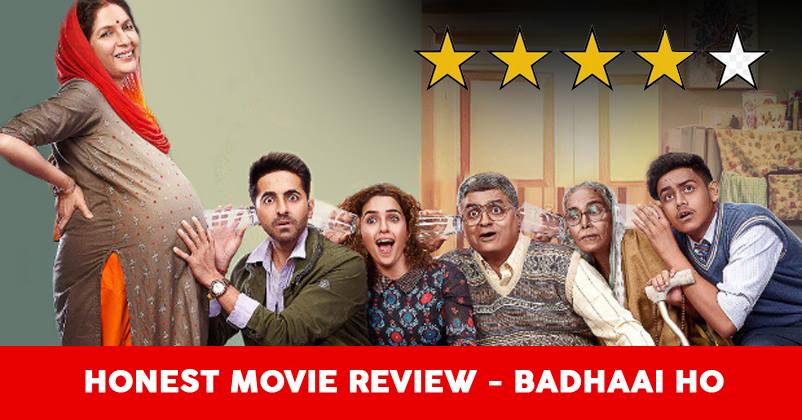 Badhaai Ho is an unconventional comedy movie about a family in which an older lady (Neena Gupta) gets pregnant when her grown-up son (Ayushmann) is about to get married. Directed by Amit Ravindernath Sharma, the film is written by Shanatanu Srivastava and Akshat Ghildial. Let’s check out the review of this movie.

A middle-aged Railway employee lives in New Delhi with his wife, two grown-up children and his mother. His wife Priyamvada gets pregnant at an untimely age and tries to avoid the problems by suggesting an abortion but his wife denies as she believes it a sin. Nakul, the elder son starts ignoring his girlfriend Renee (Sanya Malhotra) and friends in fear of being insulted. Things get worse when the news gets spread among their relatives. 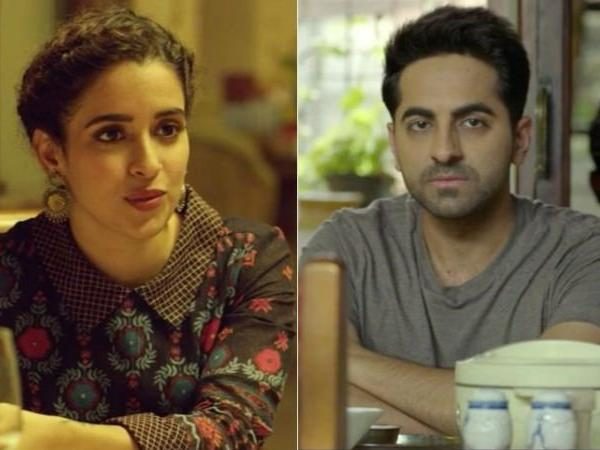 Akshat Ghildial’s screenplay is a bit different in this movie. This goes against the flow in a few scenes but still manages to click most of the times.

Badhaai Ho stars Ayushmann Khurrana, Sanya Malhotra, Neena Gupta, Gajraj Rao, Sheeba Chaddha among others. Ayushmann’s choice of movies has given this industry a new niche and this role of an embarrassed millennial is a bonus to the list of movies he has done. The whole movie is held together by Gajraj Rao and Neena Gupta’s performances. Sanya and Sheeba have made the movie better with the comparisons between the middle class and upper-class people in the country. The supporting actors have also done their job perfectly. 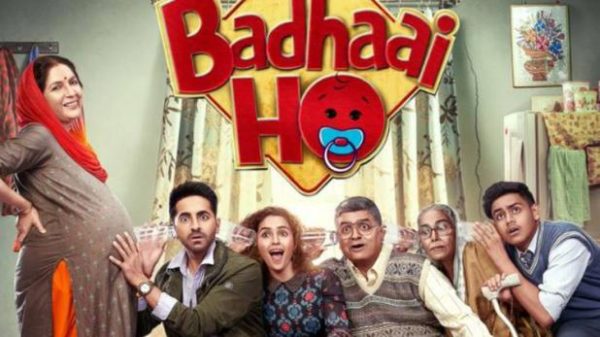 Amit Sharma’s direction is apt but he should have worked on the romantic scenes more. Looking at the positive side, Amit has expressed out the emotions very well in a lot of portions. He has explained how different generations would react to such situations in an entertaining manner.

Overall, Badhaai Ho is a roller coaster of humour and emotions. It delivers important lessons to society through laughter. It is entertaining and will keep you engaged throughout.

Continue Reading
You may also like...
Related Topics:Badhai Ho

Honest Review For This Week’s Mega Release: Tumbbad
12 Movies That Can Never Be Remade, Even if The Makers Tried