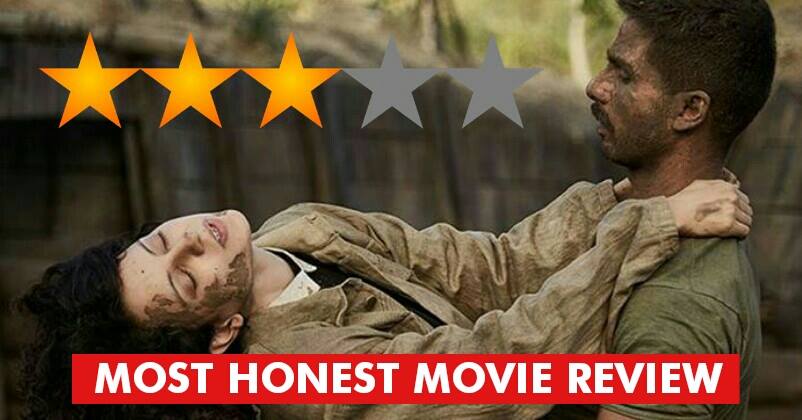 When we talk of Vishal Bhardwaj movies, superb music, realistic performances and unique subject, comes to mind, isn’t it”? However, sometimes, the plots are left incomplete, leaving the audience to think, think and think.

Rangoon is one such drama, which is a perfect combination of nationalism and cinema; however, the factor of “Incompleteness” was prevalent. The run time of the movie is 167 minutes, but it doesn’t satisfy the audience completely, nor does it bore them.

Revolving around 1943’s Quit India movement, “Rangoon” has indeed left a strong historical impact. However, the movie looks more of a love story than a war story. On this way to Burma, Shahid Kapoor, who essays the role of Nawab Ali accidentally meets Kangana Ranaut, who essays Julia in the film. Saif Ali Khan, who plays the role of Rusi Billimoria, a film producer madly falls in love with Julia. Once again, a love triangle, LOL!

When Julia gets trapped in an attack, it is Nawab who shows his heroic skills and rescues her. The duo doesn’t have any idea as to where is the way leading and they reach some isolated village. In this process, they fall in love, but the biggest hurdle is that of Roosi, who is search of her. By the time, he finds Julia with the help of British Army, she is already in love with Nawab. Whether Roosi will take revenge or whether Nawab-Julia will lead a happy life forms the crux of the plot.

The performances of Kangana, Shahid and Saif have been brilliant. Siders Satoru Kawaguchi and Richard McCabe have also delivered very good performances. In short, we can say that everyone has done justice.

Viacom 18 Motion Pictures, Vishal Bhardwaj and Sajid Nadiadwala have spent a lot of money on the film’s production. The music and production is just superb. To add to it, the cinematography of the film and its editing of war scenes makes Rangoon visually appealing. There will be moments when you’ll be stunned.

As we said, the plus point of the movie is its cinematography and grandeur. Special effects and costumes add a richness to the movie. On the other hand, the hairdos the styling are just so WOW. The songs are perfect and well-written and the choreography is worth applauding. The “Live” moment is missing out in this film. In the 2nd half, you will gain interest in the movie, but towards the end, you will lose interest. Yes, the climax is over-dramatic and you won’t you won’t like it.

Overall, after considering all the aspects, we will give 3 stars to the movie. Do watch it at least once.

Disha Patani Was Trolled For Her Pic On Instagram! She Slammed Body-Shamers With A Powerful Post!
Reporter Asked Deepika If She’s Single Again! How She Reacted Shows That She’s Very Clever!