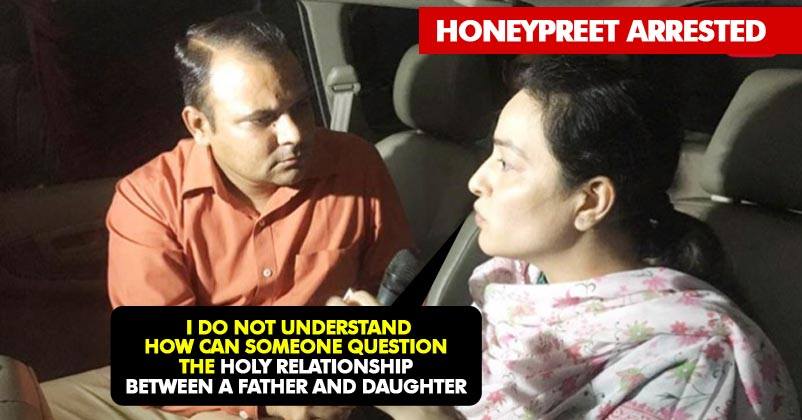 After the conviction of Dera chief Ram Rahim, his so-called “adopted daughter” Honeypreet was absconding.

She was on a run for more than a month ever since a lookout notice was issued against her after Dera followers started violent activities subsequent to the sentence of Gurmeet Singh. Haryana Police named her among 43 most wanted people. 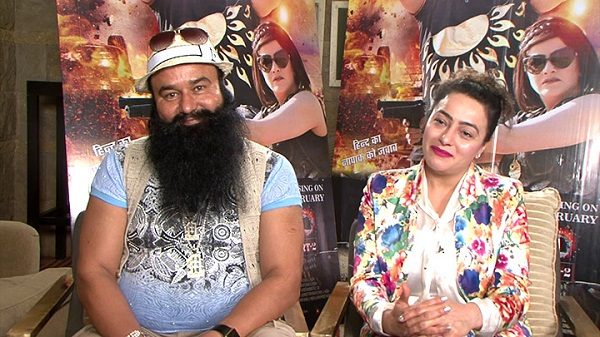 Finally, she has been tracked down and cops detained her at a highway near Chandigarh.

Honeypreet recently had an interaction with India Today in which she openly talked about many things related to her, Dera chief and their relationship.

I’m not a traitor:

When Honeypreet was asked to speak on the entire matter, she said that media has represented her in a completely wrong way. In her words,

“The Honeypreet about whom the media is talking is not the real one. They have showed me as someone who is afraid of herself after the whole incident. I cannot describe my present mental state. I have been called a traitor, which is absolutely wrong. I was present at the court with permission. How else do you think can a woman be in the premises amid such security arrangement? The court permitted me to be with papa.”

When the reporter asked Honeypreet that she was accused of plotting riots, she had a different story to tell:

“I want to ask, how can a girl go alone without appropriate permission in the middle of the force? Later, they all said that I was wrong. I just need to say that all the evidence is there for the world to see. They accuse me of being involved in riots, but do they have any evidence against me? I am innocent. Have you seen me anywhere inciting riots? I was not present there at all.”

How am I guilty?

On her portrayal as a big villain in the whole story, she had to say,

“How am I guilty? I just did what a daughter is meant to do. I have not spoken to anyone. How am I involved in riots? We went to the court believing that everything would be fine and we would be back in the evening. But the outcome was devastating and the verdict was against us. Our brain stopped working only. How can we conspire in such a situation?”

Honeypreet appeared to be angry as well as anxious with the way media projected her relationship with her father. In a furious tone, she said, 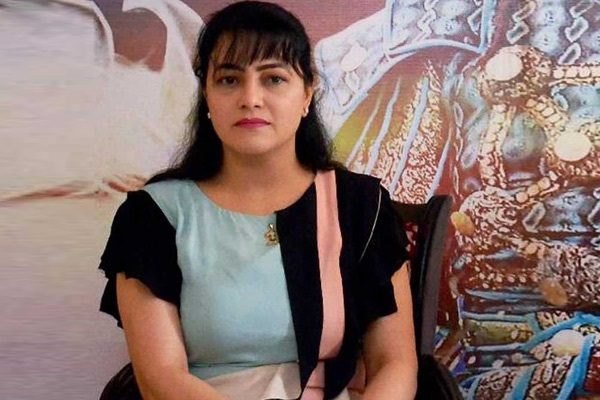 Vishwas Gupta is a nobody:

When she was asked to comment on the statements made by her ex-husband Vishwas Gupta, she said,

“Who are these people in the community, are they important? My ex-husband Vishwas Gupta is a nobody. I do not want to talk about them.”

I went into depression:

When Honeypreet was asked as to why she was absconding and didn’t appear before cops, she said that she was depressed and felt helpless. In her words,

“I went into depression. The girl who talked about patriotism with her father went to jail, then she was accused of treason. I did not know the legal process. After my father’s departure, I became helpless. I did what people guided me to do. I will now go to the Punjab and Haryana High Court. But it will take some time to handle my present mental state.”

No sexual harassment of girls in Dera:

When Honeypreet was asked to comment on the sexual harassment of girls and sadhvis in Dera, she said that no women had ever been molested there. As per her,

“On the basis of one letter, how can anyone be held guilty? My father is innocent and his innocence will be proved. No women were molested at the Dera. They have not considered the opinion of other women from Dera and the women who accused him did not come forward.”

On the question of skeletons being found in the Dera, she asked,

“Have they found any skeletons in the Dera premises?”

Finally, she requests viewers not to malign the relation between her and her father, alleging that they both are innocent and people will get to know truth soon.