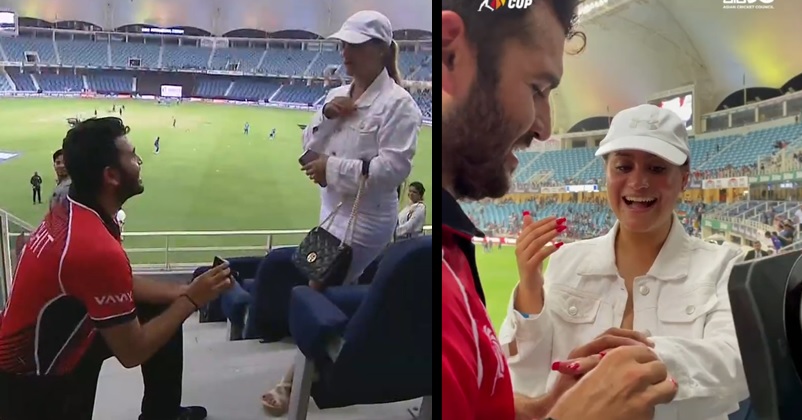 The Indian cricket team is having a wonderful Asia Cup 2022 as it has played two matches and has won both of them. Earlier, India defeated its arch-rival in its first match and yesterday it defeated Hong Kong in its second match of the tournament by 40 runs. 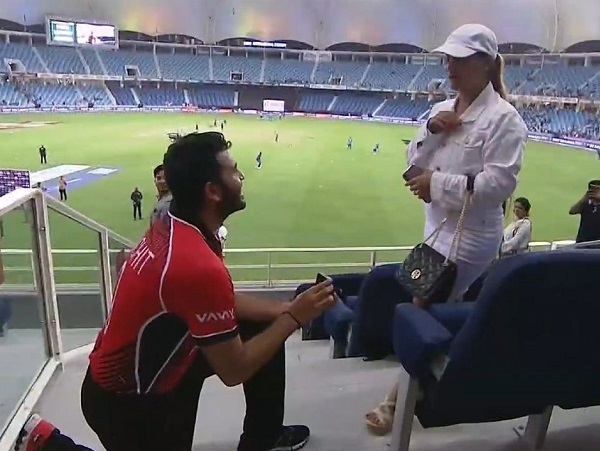 While Suryakumar Yadav’s innings was the highlight of the match, one Hong Kong player won the hearts of many with his lovely act after the match got over. We are talking about Kinchit Shah who proposed his girlfriend after the match and the beautiful woman also didn’t delay in saying yes to him. Kinchit must have planned it earlier, he went to his girlfriend as the match got over, sat down on one knee and proposed while holding a ring in his hand.

As far as the match is concerned, the Indian team was put to bat first by Hong Kong after the latter won the toss. India put up a good total of 192/2 in its stipulated overs with the help of Virat Kohli’s knock of 59 runs not out (44 balls, 1 four & 3 sixes) and Suryakumar Yadav’s smashing innings of 68 runs not out for which he played only 26 deliveries and his innings included 6 fours and the same number of sixes as well. 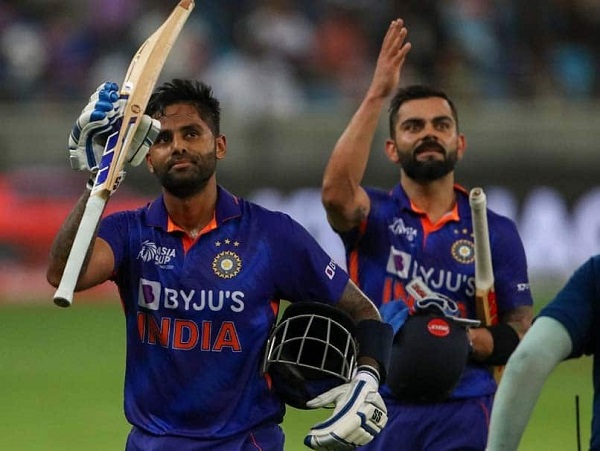 SKY was adjudged as the Player of the Match for his blistering innings.

Hong Kong will be playing its second match against Pakistan tomorrow at Sharjah Cricket Stadium.