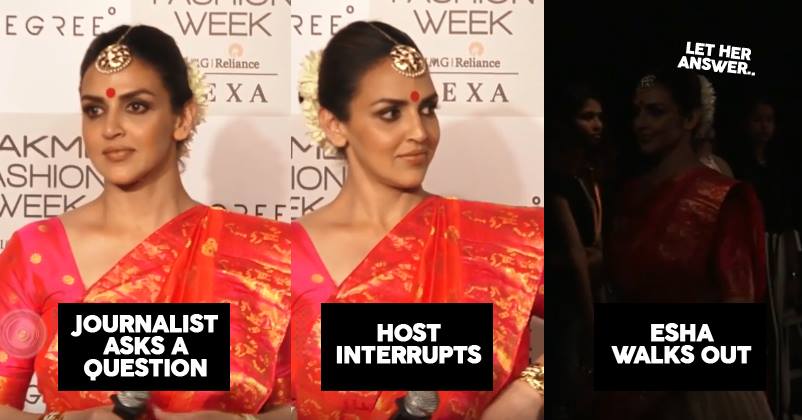 Veteran actress turned politician Hema Malini is one of the most talented and beautiful actresses that we have seen on the cinema screens. She left people desiring to see her more when she walked on the ramp in Lakme Fashion Week 2018 for the designer Sanjukta Dutta.

What made the event more special was the fact that Hema Malini walked on the ramp with her daughter Esha Deol and they both looked great in the traditional Assamese attires. However, the show ended on a bad note with Esha walking out of the media interaction in a miffed mood. 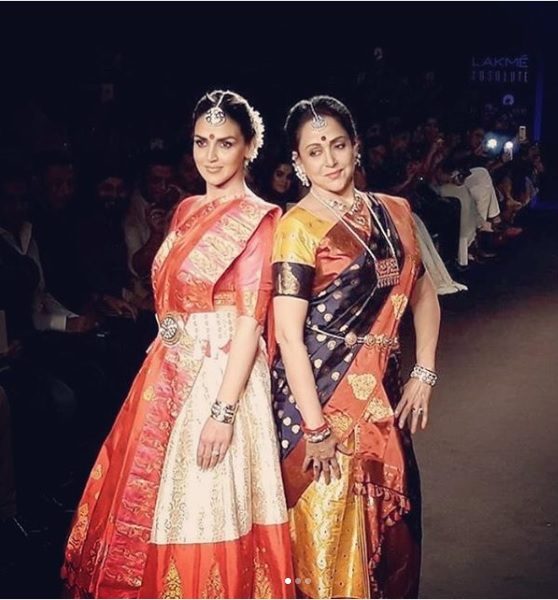 It may have happened due to miscommunication as Hema Malina and Esha Deol were just supposed to get clicked and not answer the questions of mediapersons. But when they both came on stage, reporters started asking questions and Hema Malini obliged them by answering their questions and telling how she feels walking on the ramp with Esha. She praised the designer as well and told journalists about Esha’s upcoming short movie entitled “Cakewalk”.

Hema Malini then handed over the mic to Esha, saying that she will be telling more about the movie; however just then, the anchor interrupted and said no conference is taking place at the moment and this is just a photo-op.

This made Esha a little uncomfortable as mediapersons were asking questions to her. She handed over the mic to the anchor and left the stage, leaving her mother confused and shocked.

What do you think of the whole incident? Let us know your views.