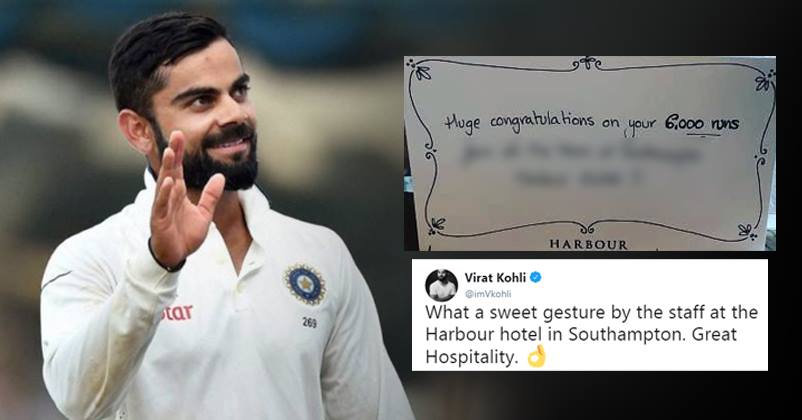 The Indian cricket team is playing the third test match against England at Southampton and while batting in the first innings, Indian skipper Virat Kohli reached one more milestone in his career when he crossed the 6,000 run mark in test matches. He is the second fastest Indian to score 6,000 test runs after the Little Master Sunil Gavaskar. 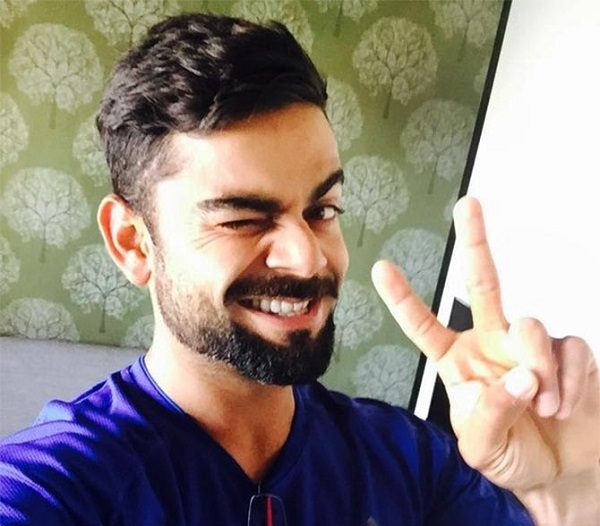 India’s start was not so good when they began batting with the overnight score of 19/0. Both the openers were gone by the time India reached the score of 50. Now the responsibility came upon Cheteshwar Pujara and Virat Kohli to take India to a good score.

Virat needed only 6 runs to reach the figure of 6,000 that he scored easily and he was sent back to the dressing room by Sam Curren at the score of 46. India kept on losing wickets at regular intervals but it was Cheteshwar Pujara’s gutsy century that helped India take a lead of 21 runs. Pujara was well supported by tailenders – Ishant Sharma and Jasprit Bumrah.

When the team reached the hotel, Virat Kohli got a beautiful surprise from the hotel staff on his achievement of 6,000 runs in the test matches. 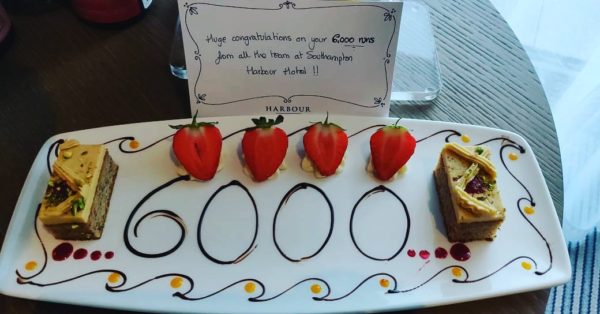 Virat himself tweeted about the sweet surprise that he got from the hotel staff. He wrote, “What a sweet gesture by the staff at the Harbour hotel in Southampton. Great Hospitality. 👌”

The message from the hotel staff read, “Huge congratulations on your 6000 runs from all the team at Southampton Harbour Hotel.”

What a sweet gesture by the staff at the Harbour hotel in Southampton. Great Hospitality. 👌 pic.twitter.com/RenuAIOyiT

Indeed it was a loving and heart-touching gesture! What do you say?