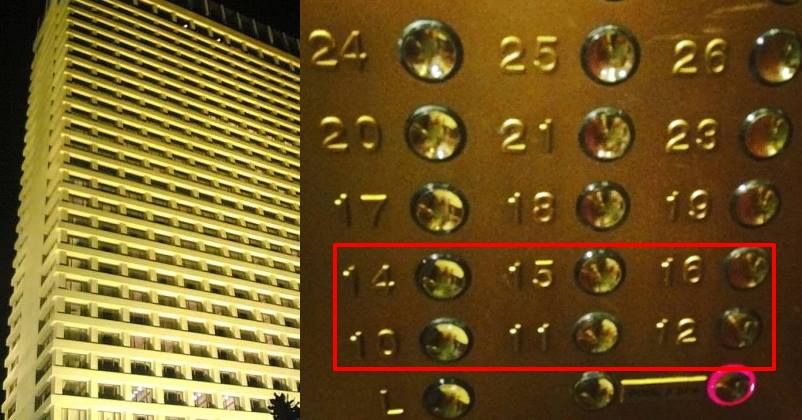 Superstitions in our country are believed and consumed by a large mass of people. Through the course of time, people’s belief in superstitions has decreased as the world has become more advanced in terms of technology, reasoning and logics.

But, still today, there are people who do believe in superstitions and the perfect example of such situation are some of the hotels in Mumbai which do not have a 13th floor even if it’s a 30 storey sky scrapper building. The builders of these hotels had earlier decided to exclude the number ’13’ while numbering their floors.

The reason to not to include the number 13 floor in their building is because no. 13 is considered as a very unlucky and an evil number. And people say that the evil power of number 13 is at its highest peak when it’s FRIDAY. And to support their arguments, they have enormous number incidents which took place on 13th of the month – Friday. The Trident Hotel at Nariman Point do not have any floor named after the number 13. The reason is also not just because of mere triskaidekaphobia. Guests and tourists who lived at those floors, staff and support unit people who worked at those floors have a lot of ghost stories and paranormal sightings that they had experienced. Similar sightings were observed in the Hoechst House also located at the Nariman Point. Some tourists complained about the noises of running taps in the bathrooms of rooms situated on the previously numbered 13th floor even when they were turned off.

Another such hotel in Mumbai is Maker Chambers IV where the staff unit complaints about the lights of corridors switching off even though when they are fixed at regular intervals.

It is quite strange that we humans have managed to build houses that are touching the skies but still believe in things that always drag us to the ground. However, believing in something that doesn’t cost you money, pride and time, then there shouldn’t be any problem in following such things.

Superpower F1 To F12: These Shortcut Keys Have Given A New Meaning To Our Keyboard
10 Weirdest New Year Traditions From Around The World! We Bet You Don’t Know Them!