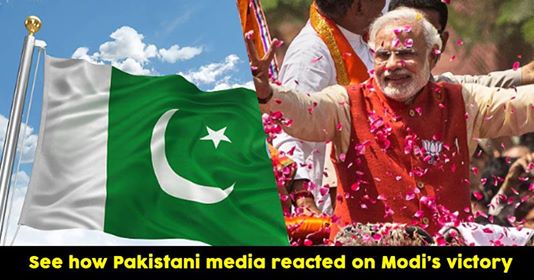 Narendra Modi is going to head India for the next 5 years as the Prime Minister once again. He got a majority on his own. Not only our country is covering this news but also our neighboring Pakistan newspapers are also reporting it. Knowing whose government is coming in the neighborhood is not only interested in people, but it also affects the overall policies of the country. Defense policy, foreign policy, economy, how much is something that happens. So take a look at some of the newspapers in Pakistan- 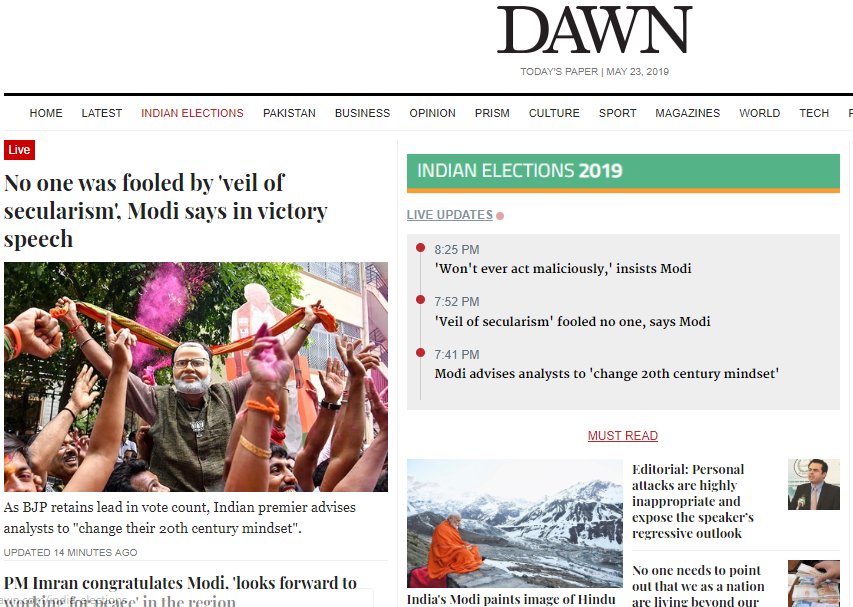 Pakistan’s largest newspaper is this. It comes in both English and Urdu languages. The lead news on their website is the counting of votes being done in India. The heading is- Modi’s party has commanding lead as Indian votes are counted
Apart from this, a live blog has also been run by the website. Updates were constantly put on it. 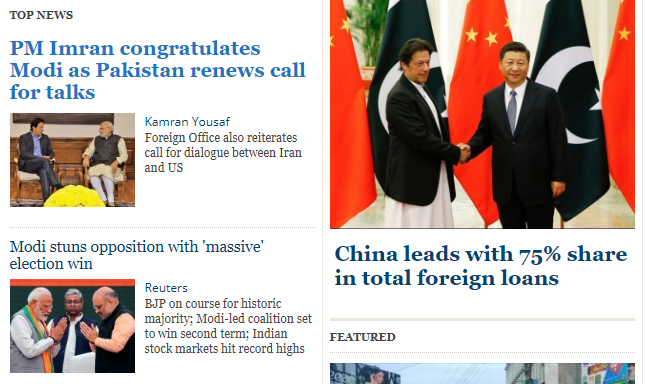 Here also the number of ongoing votes in Lead India was counted. It was written that” Modi on the brink of sweeping Indian Election.”
The Express Tribune has also made the first news to count the votes being held in India. 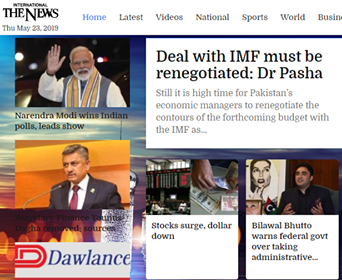 At the beginning of the page, there is news with a picture of Narendra Modi on the edge. The heading is, according to the edge, Narendra Modi wins Indian polls, leads say. 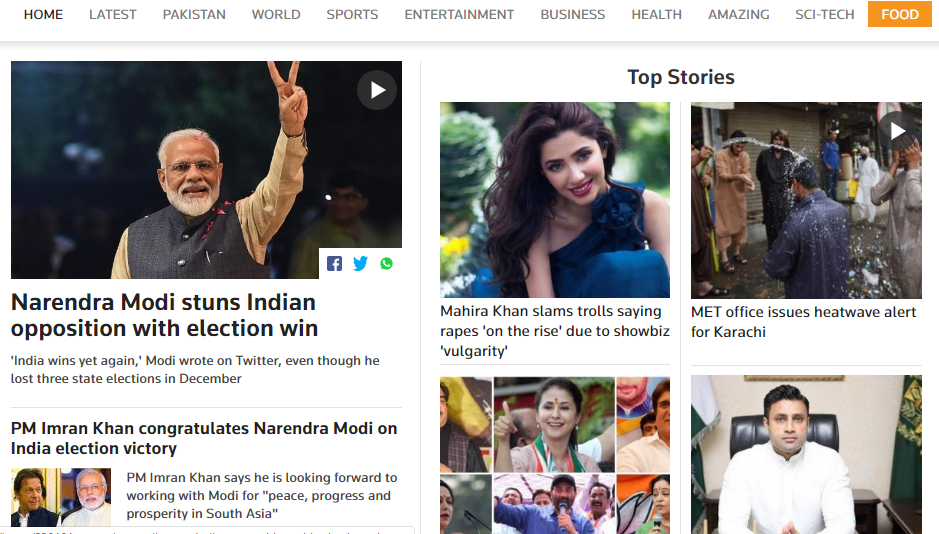 The lead news here is the election of India and the next government going to be formed here. It is written that BJP led by Modi at the forefront of coalition elections.