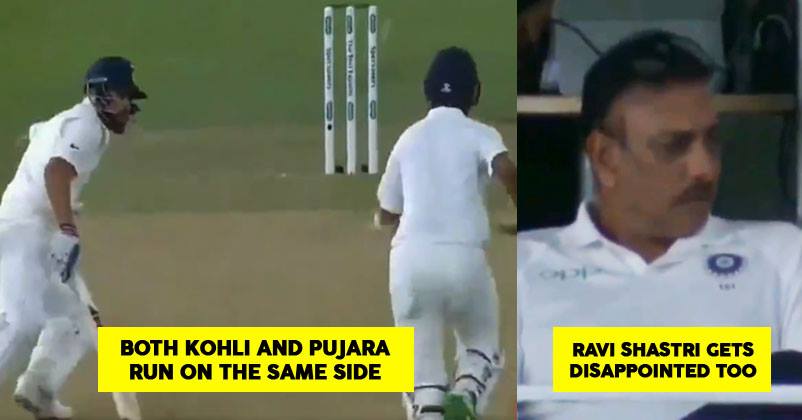 Team India is failing to perform against England in Test Series and that’s not what fans had expected. After losing 1st test match against the British team, now they are struggling in the second test too. 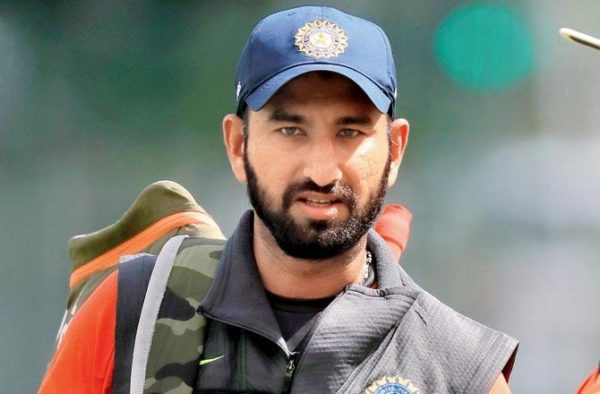 Team India is just not managing to stand strong against the tight bowling and fielding of the England bowlers. Something happened recently during the 1st innings of India against England in the 2nd test match which left the fans shattered.

India had scored just 15 runs and England gave the team a big shock by taking the 3rd wicket in the form of Cheteshwar Pujara. The batsman received a delivery from England’s bowler Anderson and tapped it down to the fielder at point. He wanted to score a single and captain Virat Kohli who was the other batsman responded positively. Pujara covered most part of the pitch but sensing the danger, Virat Kohli stopped there and returned back to his crease.

For England, it was a great chance and they scored the wicket of Pujara without much effort. Watch the video-

It was a big loss for Team India because Pujara had faced 25 balls so far and he was defending himself quite strongly. With this shocking run out everything went waste.

BCCI Shared The Lunch Menu Of Team India On Twitter, Got Heavily Slammed For Including Beef
John Cena Posted Pics Of Kapil Sharma, Sachin & Daler Mehndi On Instagram Without Any Caption. Why?