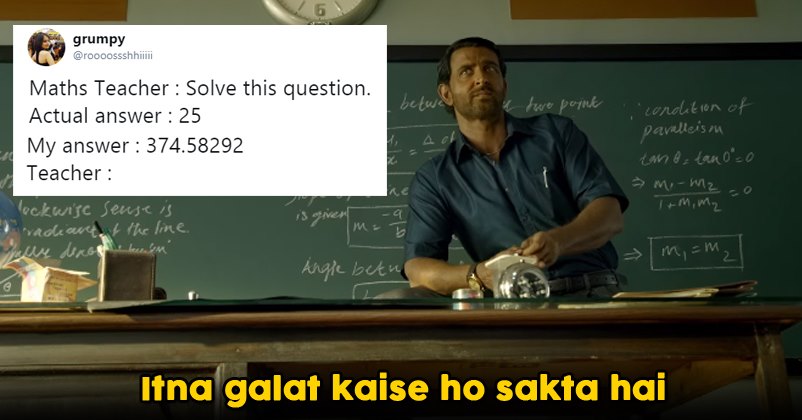 The trailer of Hrithik Roshan starrer Super 30 dropped a few hours ago after a long wait. Hrithik can be seen talking in Bihari accent in the film as he is playing a Bihari teacher who teaches economically week students for free. The film is based on the real-life story of Anand Kumar whose maximum students crack IIT entrance exam.

Anand Kumar, under the banner of Ramanujan School of Mathematics, started a program called Super 30 in 2002. Under this program, he would select 30 meritorious but poor students and prepare them for the engineering entrance exams.

However, people are not liking Hrithik’s role as he doesn’t seem to fit in the character. Twitterians are making fun his Bihari accent.

Google to me when it cannot autocorrect my typing: #Super30Trailer pic.twitter.com/LOwB8yLhFD

Me: From tomorrow I am going to get up in the morning, workout, eat healthy and be productive.
Inner Me: pic.twitter.com/D4VweF90ga

Me to relatives who constantly judge at the family functions. #Super30Trailer pic.twitter.com/sX5n8O6X0N

#Super30Trailer
When You have bae but she can't talk to you late night because her parents keep her phone with them. pic.twitter.com/xLKYpq76or

When ur friend tkes ur crush away from you 😑😤#Super30 #Super30Trailer pic.twitter.com/3s0hP7UIZ1

Teacher to Student when he forgets to evaluate the constant of integration after writing the correct equation#Super30Trailer pic.twitter.com/ZduJjB4ma2

Every congressi opinion about EVMs after election results. pic.twitter.com/a1qm7bNuqP

Sania Mirza Congratulates Pakistan Team After They Defeat England
Man Who Found An Insect In McDonald’s Burger, Gets Compensation After 5 Years