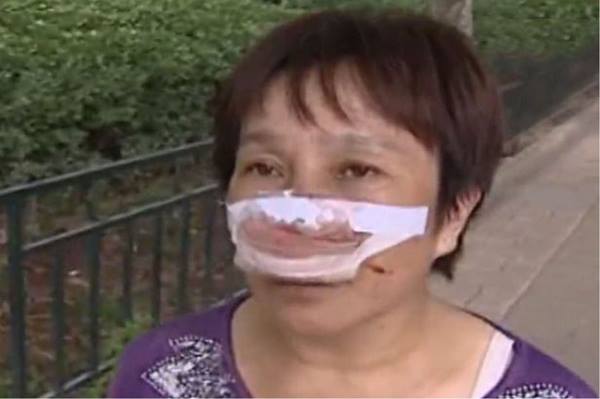 Shocking news coming up from Beijing City of China. Where a desperate psycho Husband had bit off his wife’s Nose for the simple reason that she didn’t take his calls. This is not just all. After biting off the nose he just ate the nose. The story relates to the city of Dezhou in Beijing where it is said that the couple got into a ugly fight for a simple reason that the wife(Yang) didn’t pick up his calls while she was at her work place. Pertaining to which the husband got really angry and rushed to her office where he attacked her and bit off her Nose and just swallowed it after biting it off.

Talking to a local TV channel Yang said “The thing i remember after he attacked me is that he pushed my head away and bit off my nose and swallowed it”.
She also quoted that her husband who was a divorcee with two children, once tried to sell off his own children.
Doctor Reports suggest that the nose had been completely damaged and would require a surgery and minimum of 3 months time to reconstruct the nose.
Husband is on a run since the incident, police is trying to locate him.