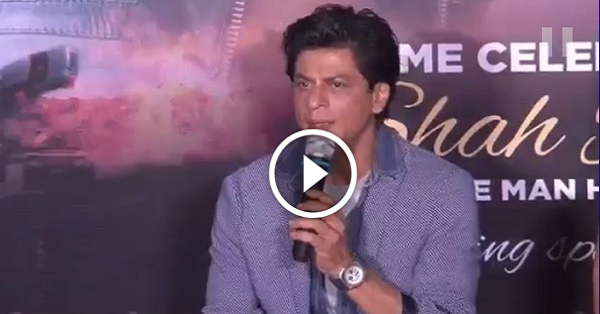 After Salman Khan got evicted from 2002 Hit & Run case, a number of Bollywood celebs expressed their opinions on the matter over social media and it can be said without any fear of contradiction that majority congratulated Sallu, thinking of him as innocent and according to them, innocent must not be punished. On the other hand, there were some who said that they were happy with whatever good happens in anyone’s life and it’s no doubt a very big and great news for Salman Khan. And now here we present you a video featuring King Khan who speaks his mind on Salman’s eviction!

After this video, Salman & SRK fans who always fight on Social media will think twice before fighting. SRK is surely happy after the verdict.

Don’t forget to share your views with regard to the video in the comments section below.