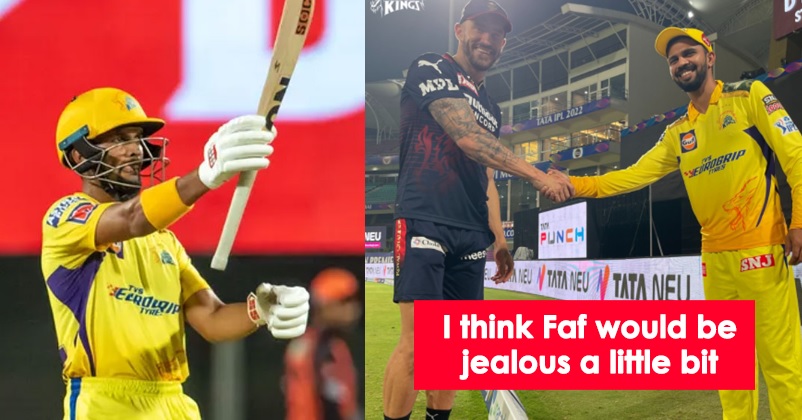 MS Dhoni is once again the skipper of Chennai Super Kings because Ravindra Jadeja gave up captaincy and requested Mahi to take it back as he wanted to focus on his game. Thala agreed to it and in his first match as the skipper in the IPL 2022, CSK managed to register its third victory in the tournament and kept its hopes of entering the play-offs somewhat alive. 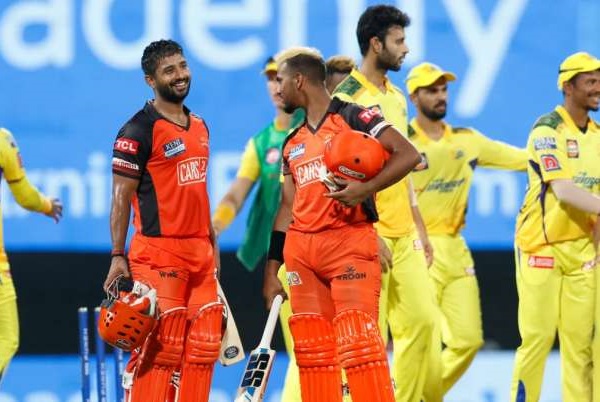 CSK’s ninth match was against Sunrisers Hyderabad which was played at Pune’s Maharashtra Cricket Association Stadium and in this match, CSK batter Ruturaj Gaikwad who was struggling in scoring runs also regained his form. Though Ruturaj Gaikwad was the highest scorer in the IPL 2021 yet in this season, he was not able to make big scores.

Toss was won by the Hyderabad franchise and it decided to bowl first. Batting first, CSK openers put up a great show as Ruturaj Gaikwad (99 runs, 57 balls, 6 fours & 6 sixes) and Devon Conway (85 run not out, 55 balls, 8 fours & 4 sixes) produced a partnership of 182 runs for the first wicket which is the highest ever partnership for CSK in the history of the IPL. Earlier, the highest partnership for CSK was in the name of Faf du Plessis and Shane Watson which was of 181 runs in the IPL 2020 against Punjab Kings (earlier Kings XI Punjab). 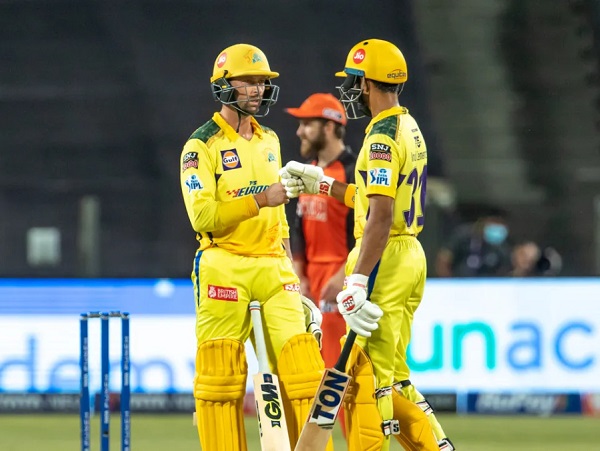 In a chat after the match, Ruturaj who missed his century by one run didn’t miss the chance of trolling Faf du Plessis who used to open with him in the IPL 2021. Ruturaj states that he feels Faf would be jealous but it’s fine as he likes to have the record. Talking about his partnership with Devon Conway, Ruturaj says that they both were not able to do well in the powerplay but he kept on telling Devon that if they stayed for long, they would get going. Ruturaj also adds that he is happy for Devon as he managed to score big for the franchise.

Ruturaj went on to say that his parents also came to watch him play, though they usually don’t come yet he wanted them to experience the environment and the CSK thing. He further states that he is thankful to the God and his parents for their constant support and hopes that he has made them proud. 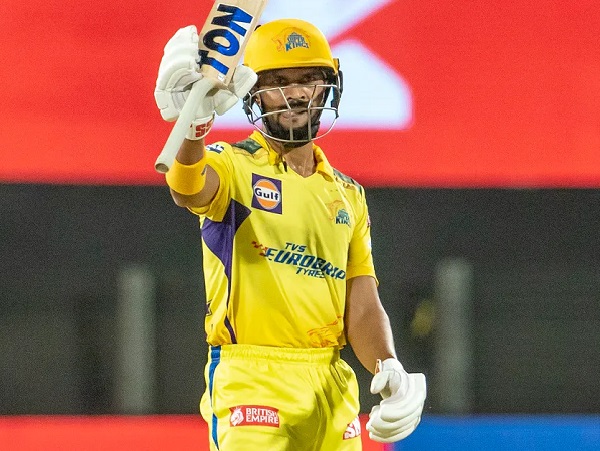 Faf du Plessis is currently leading Royal Challengers Bangalore and after starting well in the tournament, the franchise lost the momentum as till now, they have won 5 matches and lost the same number of matches.

Wasim Jaffer Trolls Mitchell Marsh For Not Taking DRS After Judgement Error Against LSG
Kapil Lauds Sachin, Says “If You’re Talented But Not Hard-Working, You Can Go Vinod Kambli Way”