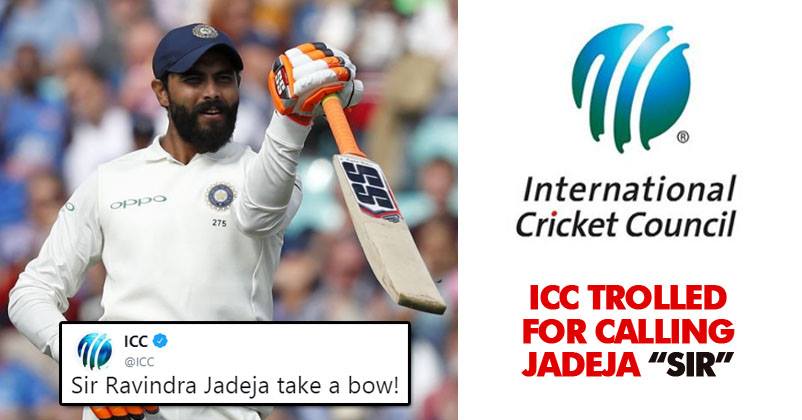 India is Currently in the Oval for IND vs ENG Test series and Ravindra Jadeja made a Super Comeback with his Selection in the playing XI for the first time in the ongoing Test series, He took four wickets, including that of Keaton Jennings and Ben Stokes, and later shone with the bat by playing an innings of 86* and he also added precious 55 runs himself, while having tailenders on the other side of crease

His partnership with Bumrah was the Best part in the match, After the heroic inning, he is getting praise from the cricketing fraternity but the biggest praise came from ICC, which called him ‘Sir’ in their recent Twitter post

The all-rounder is shepherding the tail expertly, and is currently unbeaten on 86, having unfurled his trademark swashbuckling celebration on reaching 50.

Here are the Tweets

Is this account run by an Indian? Very biased.

Sir ??. Is icc has given him this recognition. Bravo. #Troll of highest order.

Even the @imjadeja is proud of his parody account of @SirJadejaaaa .❤😍

Is this a tweet by ICC or some Jadeja fan? Very unprofessional!

When did he become Sir

KL Rahul Lost His Shoe & It Flew In Air. How Ben Stokes Helps Him In Wearing It Is A Nice Gesture
Sehwag Returned On Field With Bat & Smashed The Bowlers. Fans Can’t Miss To Watch Video