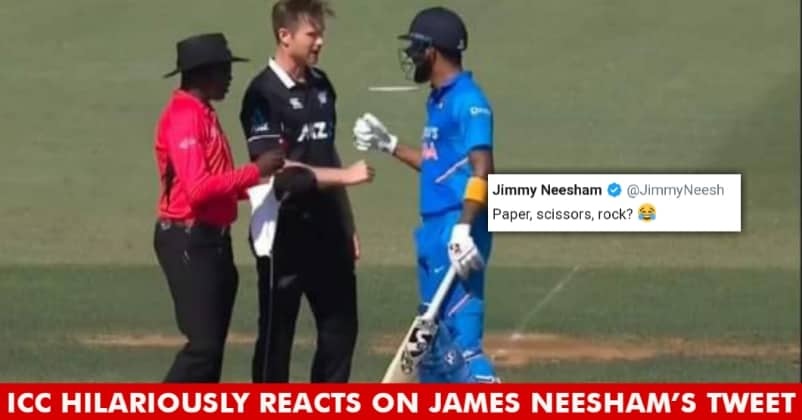 The Indian cricket team must be hoping to perform well in the upcoming test match series against New Zealand starting 21st February 2020 after losing the ODI series by 3-0. Nobody expected the Black Caps to be so ruthless and disciplined in the ODIs after suffering a humiliating loss in the T20I series which they lost to India by 5-0. Well, the Indian team’s ineffective bowling and fielding also played an important role in the win of the hosts but there is one Indian player who performed consistently well throughout the T20Is and ODIs. 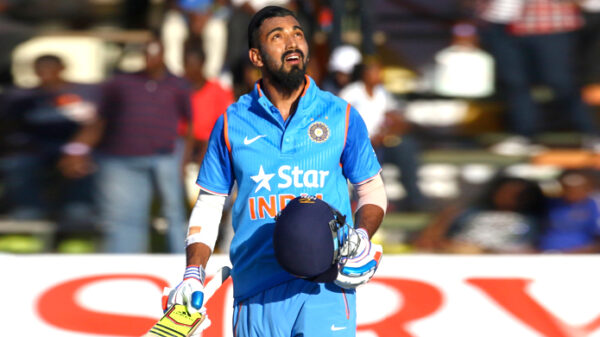 We are talking about KL Rahul, the Indian cricketer who is ready to take up any responsibility which is bestowed on him by the team management whether it is opening the innings, batting at no. 3 or no. 5 or even playing as a part-time wicket-keeper. He has been in a superb form lately and he even scored a century in the last ODI of the series.

In the same match, KL Rahul got engaged in a banter with the New Zealand player Jimmy Neesham and the latter posted the photo of the moment on the micro-blogging site Twitter with caption, “Paper, scissors, rock?” with a laughing emoticon. 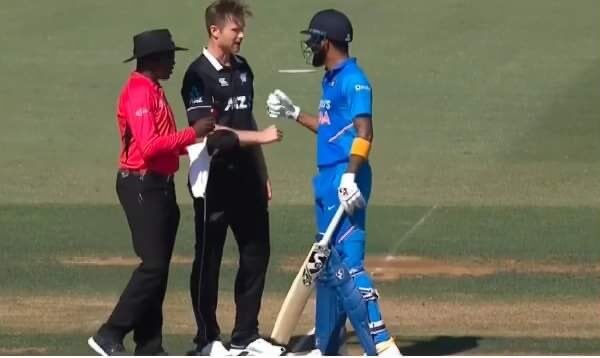 Neesham’s tweet was noticed by the International Cricket Council (ICC) and it gave a cheeky response. The official Twitter handle of ICC wrote, “Perhaps we do this instead of super overs?”

Perhaps we do this instead of super overs? 🤷‍♂️ https://t.co/yoMn9ZKuR2

Well, ICC was just trying to have some fun at the expense of Black Caps as the hosts lost to the Indians in super over in two T20I matches consecutively.

Jimmy Neesham was also asked by one user whether it was he who sledged Rahul or vice-versa to which the cricketer clarified that it was just a friendly banter and no limits were crossed by any of the two.

KL Rahul and Jimmy Neesham will be playing for the same team in the Indian Premier League (IPL) 2020 which is Kings XI Punjab (KXIP). Rahul has been appointed as the skipper of the team which is being coached by the Indian great Anil Kumble.

We must say that ICC’s tweet is bang on!