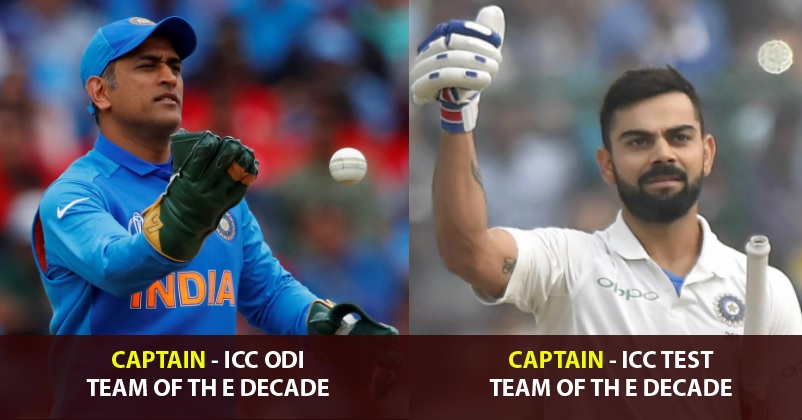 Cricket is one of the most loved sports in India and there is good news for the Indian cricket fans as the International Cricket Council (ICC) has selected former Indian cricketer MS Dhoni for leading the men’s T20I team of the decade. ICC released the list of men’s and women’s T20I teams of the decade on Sunday and total four Indian players are included in the men’s team.

Other than MS Dhoni, Rohit Sharma, Virat Kohli and Jasprit Bumrah have also been included in this list. Some other big names of the cricket world such as Chris Gayle, Lasith Malinga, AB de Villiers, Aaron Finch, Glenn Maxwell, Kieron Pollard, etc. have also made it to the team.

MS Dhoni is one of the most successful skippers of the Indian squad and under his leadership, the team not only won the inaugural T20 ICC World Cup 2007 but also played the final in 2014 and semi-final in 2016. The Indian team has won 41 matches out of the 72 T20Is in which Dhoni has led the team. Rohit Sharma will be opening the innings with Chris Gayles; while Rohit Sharma is the second highest run-scorer in T20Is with 2773 runs in 108 matches, Gayle has scored 1627 runs in 58 matches. The Aussie skipper Aaron Finch is placed at number 3 spot followed by the Indian skipper Virat Kohli who is the highest run scorer with 2928 runs in 85 matches. AB de Villiers and Glenn Maxwell will strengthen the middle order by batting at 5 and 6 spots, respectively. 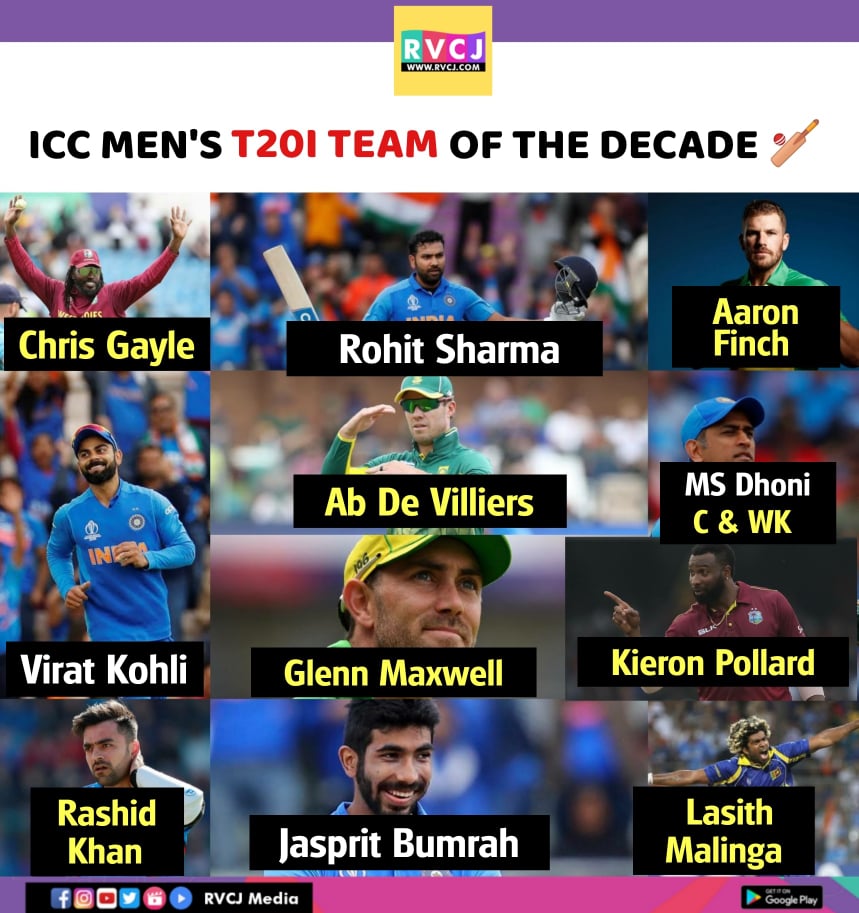 While Kieron Pollard is the only all-rounder to get a place in the team, Rashid Khan who has been a sensation since his debut is the only spinner who has been given a spot in the team. The pace department will be handled by the Sri Lankan legend Lasith Malinga and Indian pacer Jasprit Bumrah. Lasith Malinga is the highest wicket taker in T20I with 107 wickets in the 84 matches that he has played while Bumrah has proved his worth by taking 59 wickets in 50 games.

If we talk about the men’s test team of the decade, it is again a moment of pride and happiness for the Indian cricket fans as Virat Kohli has been chosen as the skipper of the team while Ravichandran Ashwin has been selected to handle the spin department. 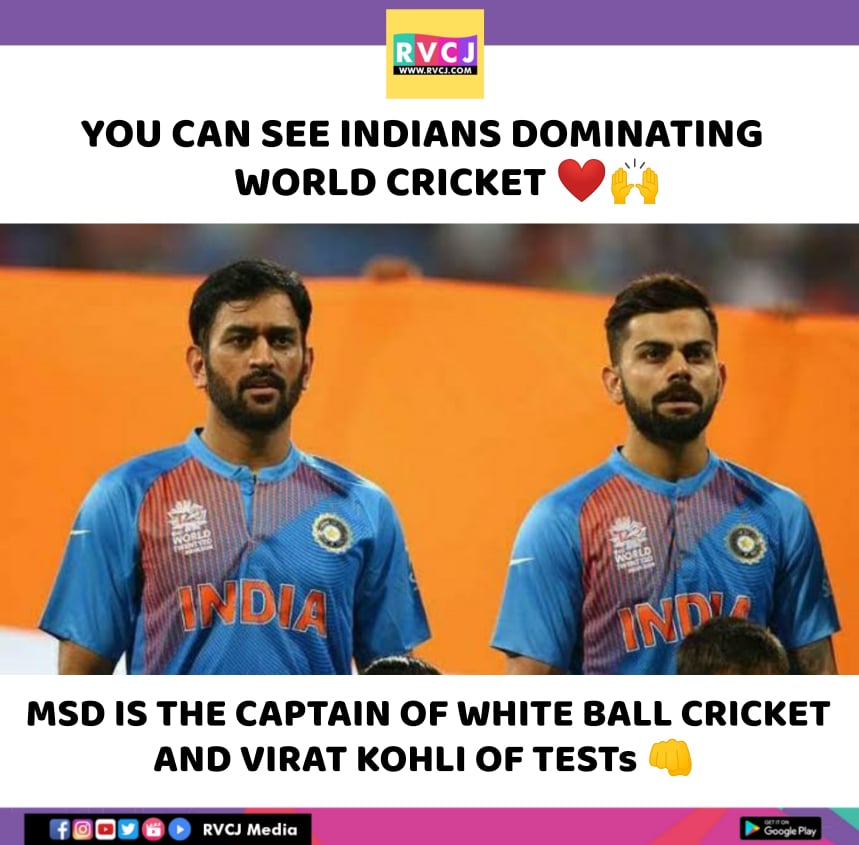 The players who have been selected as openers are Alastair Cook and David Warner while the Kiwi skipper Kane Williamson will bat at the number 3 spot. The Indian skipper will come at number 4 to bat followed by Steve Smith. The Sri Lankan great Kumar Sangakara will keep the wickets while one of the best all-rounders of the world, Ben Stokes is also be a part of the team. The pace department will be handled by Dale Steyn, Stuart Broad and James Anderson. 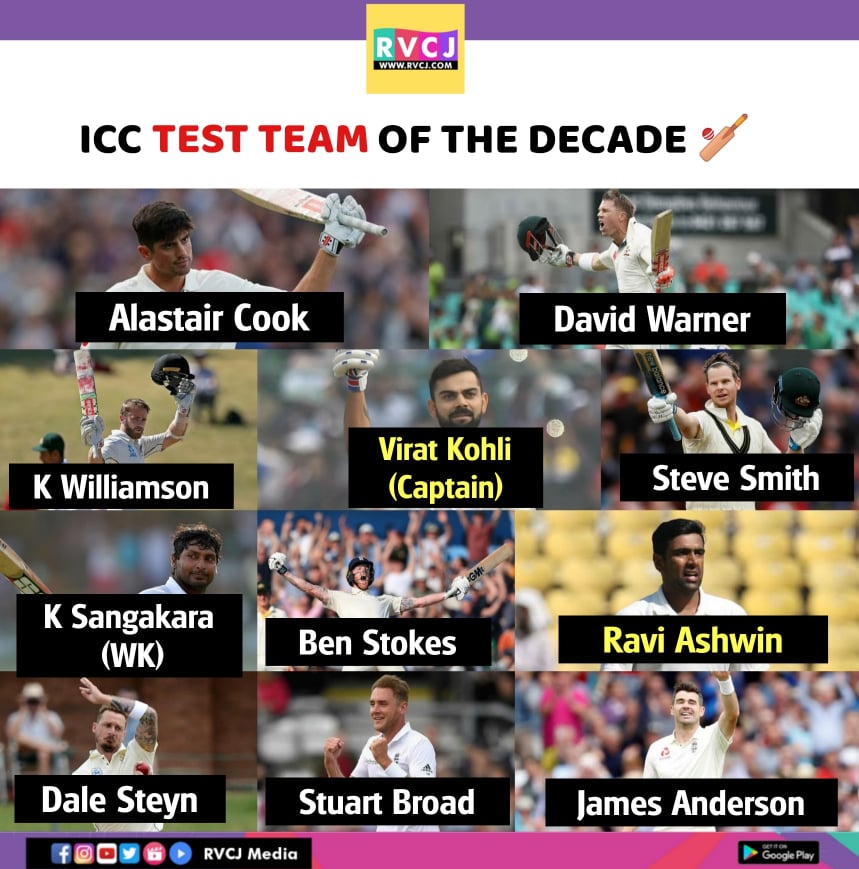 MS Dhoni has been made the skipper of the ICC ODI team of the decade as well and other than him, Rohit Sharma and Virat Kohli are the other two Indian players who found a place in this squad. The team includes some of the best cricketers of the decade, such as AB de Villiers and David Warner. The Bangladeshi all-rounder Shakib Al Hasan has also secured a place in the squad along with Ben Stokes. The bowling department will be handled by Lasith Malinga, Trent Boult, Imran Tahir and Mitchell Starc. 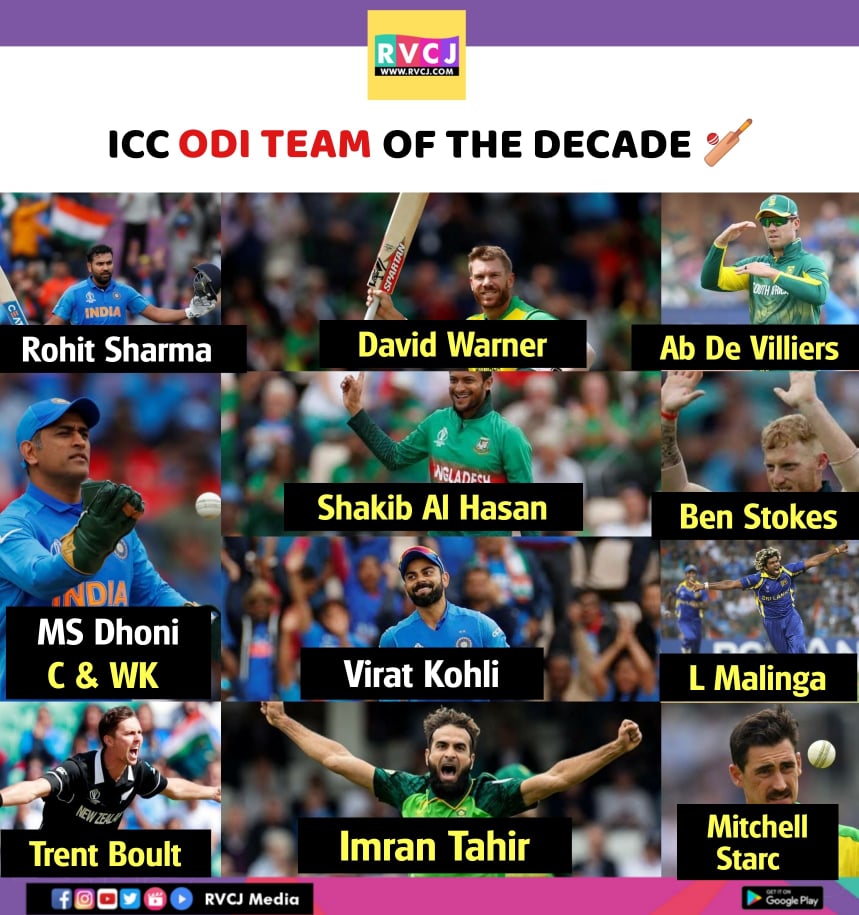 Continue Reading
You may also like...
Related Topics:Dhoni, ICC, ICC team of the decade, Virat Kohli