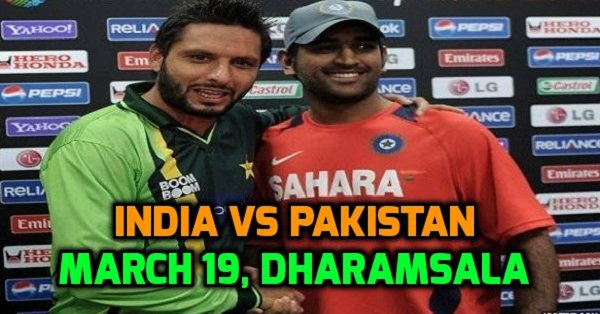 India, winners of the inaugural T20 World Cup are set to host 2016’s T20 World Cup. This is the first time India are hosting the T20 World Cup. In an event held in Mumbai, ICC released the schedule of the upcoming World Cup which is to be played from March 11 to 3rd April 2016. A total of 8 venues Kolkata, Bangalore, Chennai, Mumbai, Dharamshala, New Delhi, Mohali, Nagpur are set to host the matches. India and its arch rival Pakistan are placed in the same group. India and Pakistan are also set to clash on March 19th in Dharamsala. This World Cup is played in Super 10 Format, a total of 10 teams are divided into two groups, Group 1 & Group 2 with 8 teams qualifying directly and other 2 teams are selected from the winners of qualifiers. Qualifiers are also divided into 2 groups with 4 teams in each. Group A of qualifiers include Bangladesh, Oman, Netherlands & Ireland. Group B consists of Hong Kong, Zimbabwe, Afghanistan & Scotland. The winners of each group are progressed to Super 10 stage.

India will start their campaign in Nagpur on March 15 against New Zealand, next they will travel to Dharamsala to play Pakistan on March 19th. Next 2 matches are against  Group A winner in Bengaluru on March 23 and Australia in Mohali on March 27 respectively.

Who will Win the Match between India & Pakistan?? Who will win the World Cup.?

IPL To Have Two New Teams! Check Out Who They Are……
5 Things You Don’t Know About Ritika Sajdeh, Rohit Sharma’s Wife