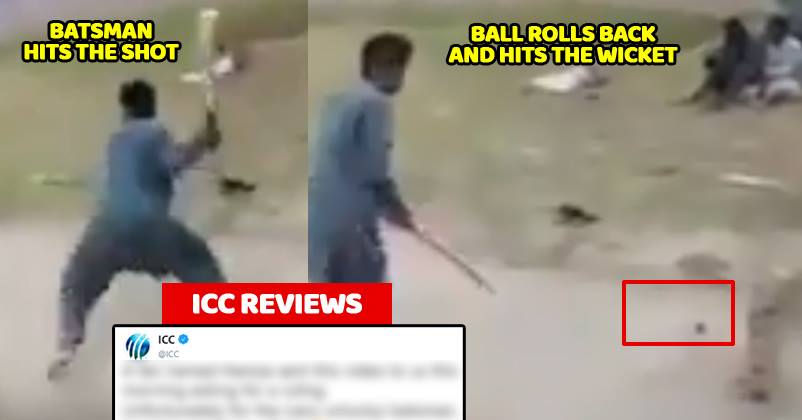 Just like Indians, Pakistanis are also known for their love for cricket and street cricket is a very popular pastime over there.

A clip of a Pakistani street match is going viral nowadays as a dismissal has been reviewed by the International Cricket Council (ICC).

ICC has shared the video on Twitter in which a batsman plays a shot to the midwicket but the ball returns and hits the wicket. The umpire declares the batsman out despite his objections. 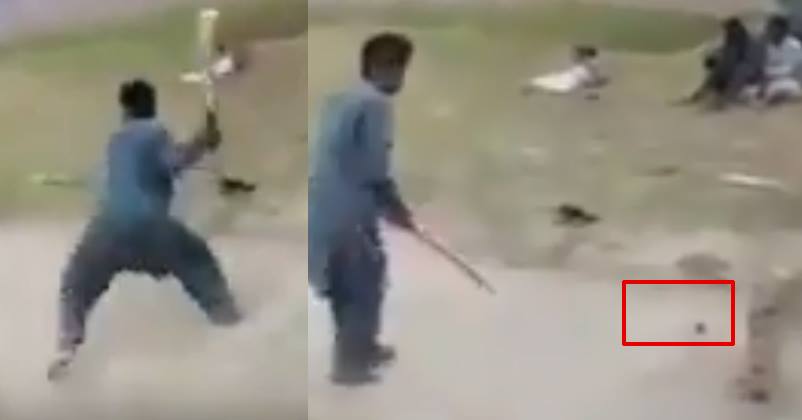 A fan and cricket lover named Hamza sent the video of controversial decision to ICC and the cricket body shared its ruling on the social media networks stating,

“A fan named Hamza sent this video to us this morning asking for a ruling.

Unfortunately for the (very unlucky) batsman, law 32.1 confirms… Out! ☝”

A fan named Hamza sent this video to us this morning asking for a ruling.

Unfortunately for the (very unlucky) batsman, law 32.1 confirms… Out! ☝ pic.twitter.com/y3Esgtz48x

As per the law 32.1, “The striker is out bowled if his wicket is put down by a ball delivered by the bowler, not being a no ball, even if it first touches the striker’s bat or person.”

I have never seen unlucky player like him..
LoL 😂😂😂

The ball was in deep love with Wicket ❤️😍

Batsman: How come this become OUT! That ball came back from far away!

Bowler: GO, GO That was OUT!

Batsman: I will not play with you guys! This is totally injustice.

Crowd: Haha, How Unlucky you ARE!

Oh shame what a poor way to get out

Luv the way the next batsman takes the bay – This used to be a proper struggle, because often there would be more than one thinking they are next 😂😂😂

His movement on the crease reminded me of that of Younis Khan vs England. 😄

The batsman was really unlucky! Have you also witnessed any such incident? Let us know.