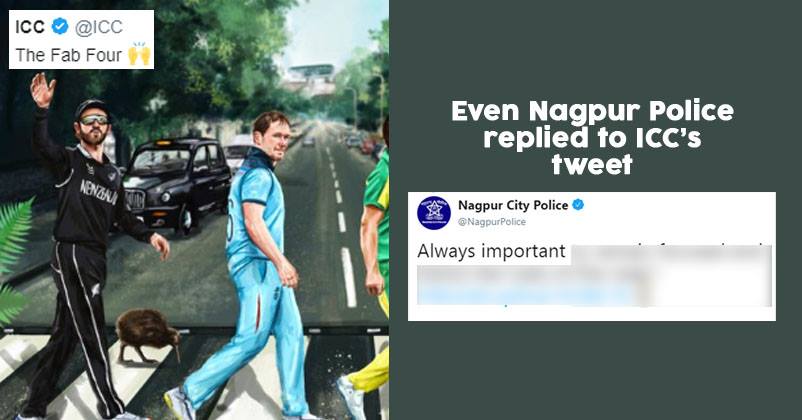 Semifinals are here and the cricket junkies are all high on excitement. Top 4 teams who have qualified for the semi-finals are all set to compete for the silver trophy of the world cup. Meanwhile, the International Cricket Council seems to be in a fun mood.

ICC’s official Twitter handle shared a painting featuring captains of all four teams crossing the road via zebra crossing and captioned the pic, “The Fab Four“. The painting is inspired by the cover image of The Beatles’ album Abbey Road. 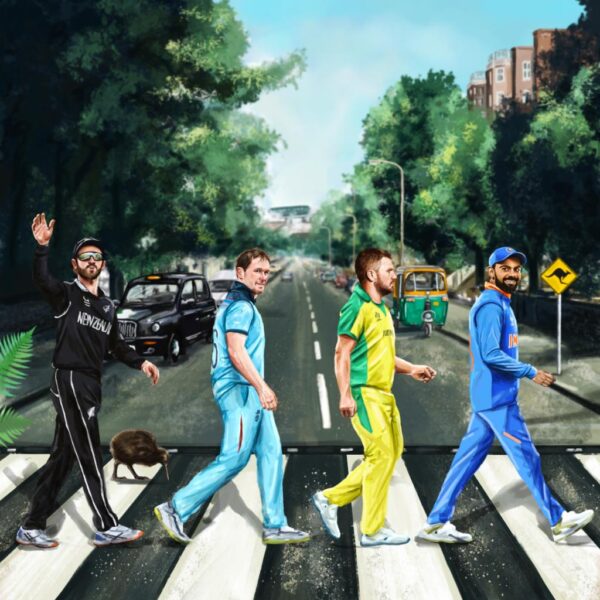 Virat Kohli can be seen leading the other three in the picture, while Kane Williamson is in the last. Interestingly, the picture also has one important element from all the four countries; an auto rickshaw from India, a Rolls Royce from England, a Kiwi for New Zealand and a kangaroo sign beside the road for Australia. Well, someone put a lot of thought in making this painting.

Always important to remain focused and follow the rules of the road !#WorldCupfinal #CWC19

While everyone else on Twitter either hailed the painting or had fun and shared memes about it.

Rolls Royce on the left. Auto on the right. Abbey road and Mount road in one
! https://t.co/xM47rRYwl9

@ViratKohli r ahead in this pics, that means #WorldCup is ours. 😊😊#ICC #CWC19 #TeamIndia https://t.co/pBc6rKKjKB

This is quite an underrated tweet. Shoutout to the artist and the art itself. Brevity and levity at its best. Fabulous! 👏🏻👏🏻👏🏻@ICC @cricketworldcup @BCCI #CWC19 #TeamIndia #INDvNZ https://t.co/C3LxUnk8wy

Idk why I'm reading so much into this but I can totally see Kane as George and Morgan as Paul, who were standing in the same queue on the Abbey Road cover as these two are. Gah https://t.co/H97IyAjqZj

Not actually fab, but I can see one more. pic.twitter.com/aQmxF7sozg