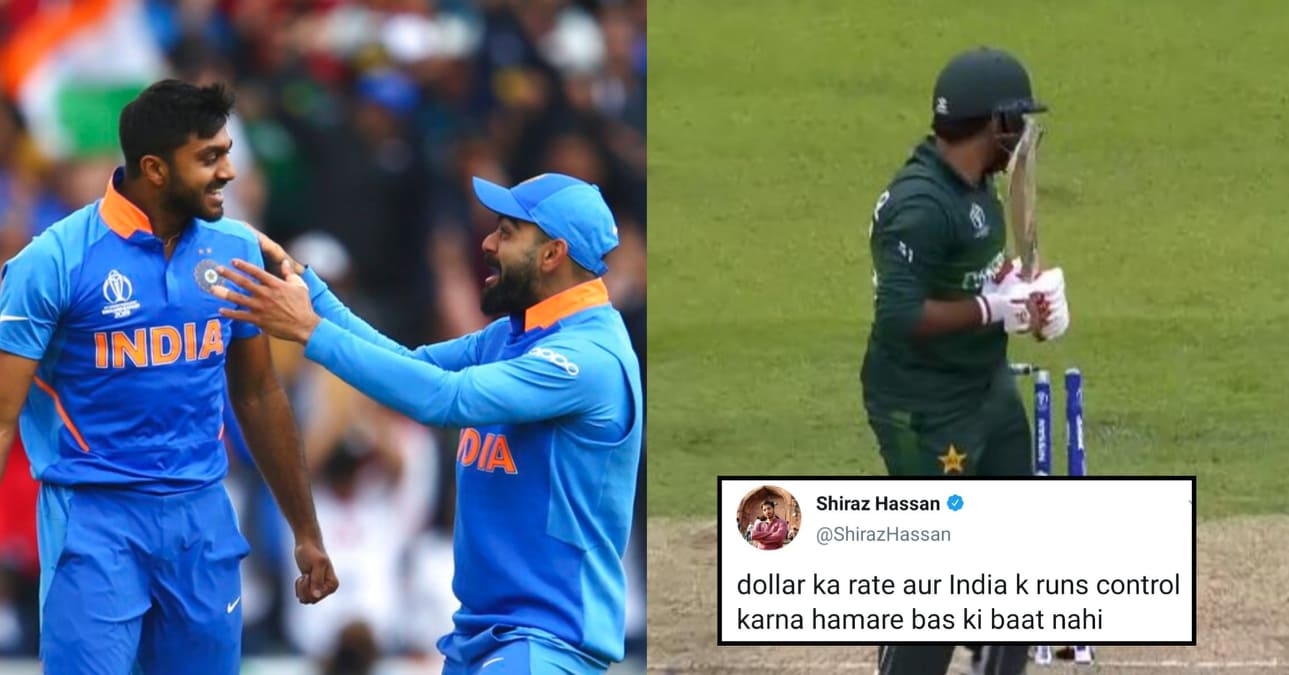 The India-Pakistan match was the talk of the globe last night. Every Indian, as well as Pakistani, felt the adrenaline rush and excitement too high to explain. While two nations were stuck in front of the television to find out which team is going to win the most anticipated match of the ICC World Cup 2019.

India smashed their neighbouring country Pakistan and defeated the rivals by 89 runs through DLS at Old Trafford. India scored a total of 336 runs for 5 wickets that includes the magnificent innings of Rohit Sharma’s 140 runs, Virat Kohli scored 77 runs and KL Rahul made 57 runs along with Hardik Pandya’s and Kuldeep Yadav’s magnificint spell dominated the rival team for the 7th consecutive time in the World Cup history.

Pakistan struggled with their bats even after the DLS method they failed to keep up with the run rate. While Indians all around the globe was busy celebrating the victory of the home team. Whereas the Pakistani fans were heartbroken by the performance of their home team.

Check out the hilarious tweets posted by the Pakistani fans:

No they had fast food dinner yesterday night at Archie's Manchester. pic.twitter.com/AEuo7zdR78

Don't call me a traitor, but look at the Indian players, they look like proper athletes, our players look like they've eaten two plates of waris nihari with feeqay ki lassi and benazir kulfa, all at once.

Siblings have gathered at Ami’s room so we can ask her “hamain is din kay liye payda kia tha?” #pakvind

If not for the game, we must respect the humour and sportsmanship of twitterati from #Pakistan 🤣
Lit AF!🙇🏻‍♂️https://t.co/BQvbVtBFGq

me to the entire Pakistan cricket team except Amir #IndiaVsPakistan pic.twitter.com/46fNDedQZ7

Desi Twitter is lauding the sense of humour of the Pakistani Fans:

Atleast Sarfaraz and boys are getting to play now. If the partition wouldn't have happened, the Indian team still would have been the same, I guess!

Respect the humour of Pakistani Twitteratis. Price of 🍅 must have doubled yesterday

Nice one. Pakistan winning our hearts with their sense of humour .

Never knew you Pakistanis are so entertaining 🤣🤣🤣🤣

Even a defeat can win hearts…