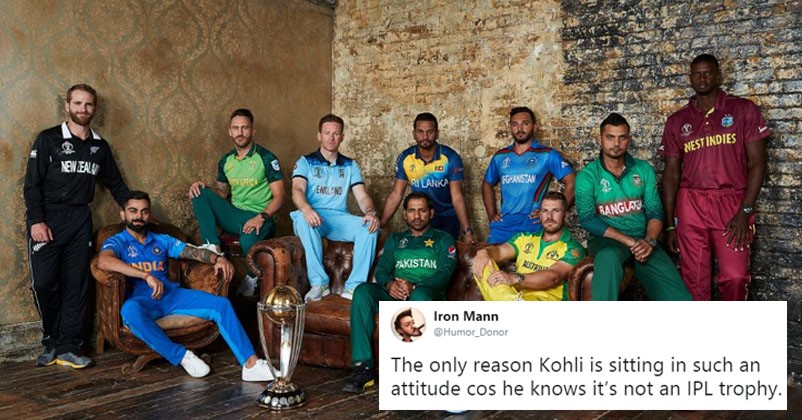 The picture was a target for the trolls as soon as the picture went online as some were seated on the couch, while others were standing by a wall and a player was more relaxed than others. The official photo shoot picture of the national team captains was turned into mere jokes. Have a glance at it :

Sarfaraz looks like the conductor of the Bus which Kohli is driving!