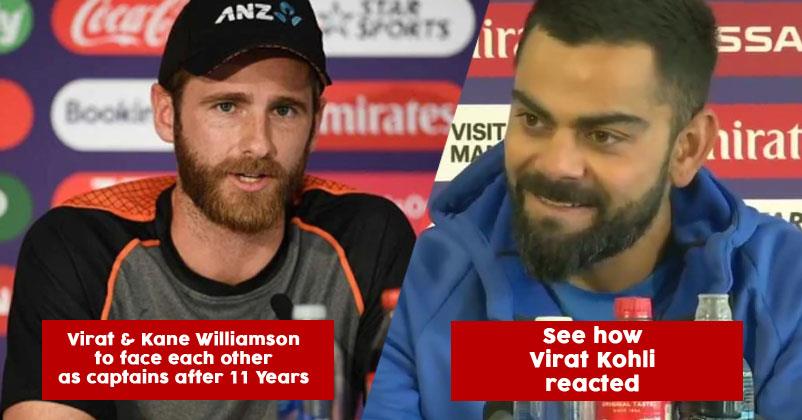 A full house here in Manchester as #TeamIndia Skipper @imVkohli addresses the media on the eve of the semi-final against New Zealand.#CWC19 pic.twitter.com/V3b3vsRNiJ

It is coincident that Virat Kohli shares eerie similarities with the skipper of the New Zealand team. They faced each other in the U-19 World Cup semi-finals in 2008 (Malaysia). Before the match in the customary conference, skipper Virat Kohli said,

“A lot of players from that World Cup from our batch, from their batch, from other teams as well, made it to their national teams & are still playing. I think it is a really nice memory. Neither me nor him could have ever anticipated that one day this will happen.”

“When we meet tomorrow I’ll remind him. It’s nice to realise that 11 yrs after, we’re captaining our respective nations again in a senior World Cup”

11 years ago, #ViratKohli and #KaneWilliamson faced off in the ICC U19 World Cup semi-final in Malaysia.

On Tuesday, they will lead India and New Zealand in the #CWC19 semi-final at Old Trafford!

Virat Kohli in the U-19 World Cup had also taken the wicket of Williamson’s wicket in 2008, he added,”I got Kane’s wicket, really??? I don’t think this will happen again.”

Well, for all we care that you take the wicket and win the match too Virat!

Top 10 Costliest Divorce Settlements Of All Time
India Vs New Zealand Semi Final: What Happens If The Clash Is Washed Out By Rain?