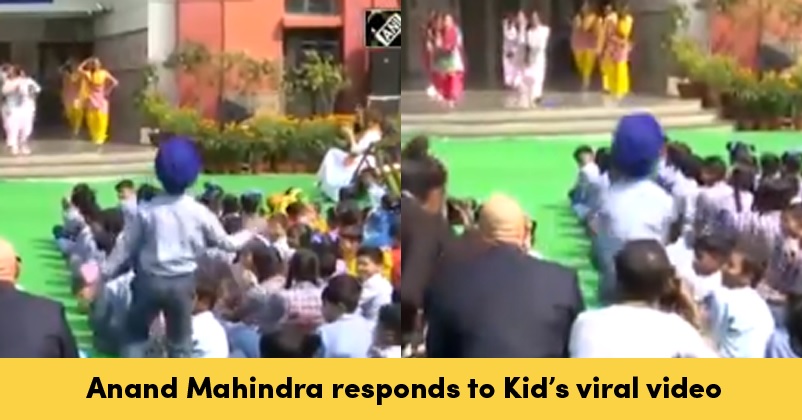 The chairman of Mahindra Group, Anand Mahindra enjoys surfing the Internet and loves to share all the things that he finds interesting on his social media accounts, especially on the micro-blogging site Twitter. There have not been many days when he tweeted about a street food vendor from Bengaluru who serves south Indian dishes dosa and idli with ice-cream. 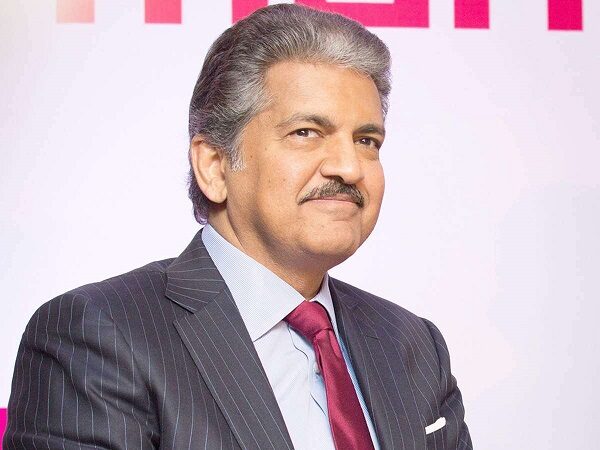 Now he has shared a video of a Sikh kid who started dancing to the Bhangra beats during an event which was attended by the First Lady of the USA, Melania Trump. The American President Donald Trump visited India for the first time recently and during this visit, Donald Trump’s wife Melania Trump visited a Delhi Government school.

A dance performance was done by few female dancers and as Sikh kid heard the Bhangra beats, he could not control himself and started dancing. The best part was that the kid enjoyed it so much that he didn’t even care about the chief guest or the security service agents who were behind him. Later in the video, it was seen that Melania also started looking towards the kid and she also encouraged him by clapping for him. Some other children also started dancing afterwards and the video shortly went viral. 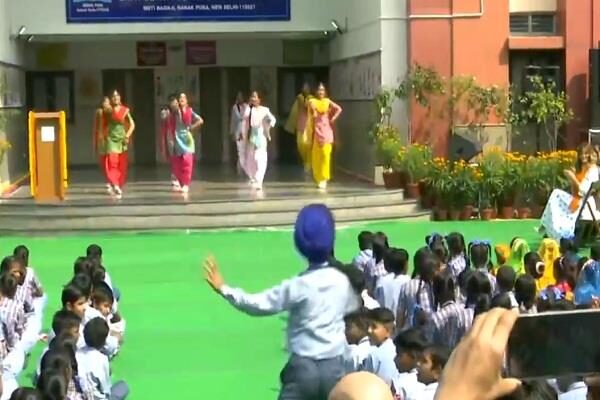 Anand Mahindra was so impressed by the kid that he couldn’t stop himself from sharing the video. He took to Twitter and posted the video with caption, “In a world burdened by natural calamities, trade battles, social upheavals & pandemics, this viral clip showing a child’s unrestrained enthusiasm is a breath of fresh air. He didn’t give a hoot about the celebrity in front & the nervous secret service agent behind! Balle balle!”

In a world burdened by natural calamities, trade battles, social upheavals & pandemics, this viral clip showing a child’s unrestrained enthusiasm is a breath of fresh air. He didn’t give a hoot about the celebrity in front & the nervous secret service agent behind! Balle balle! pic.twitter.com/xF0OmSPwyC

The video has gone viral and has been retweeted for around 6K times and liked by more than 30K times.

The American President Donald Trump was on a two-day visit (24-25 February, 2020) and he took part in many programs. The USA President was given a grand welcome in India and he also attended the Namaste Trump program which was organised at Motera Stadium.

It’s great to see a kid enjoying like this, isn’t it?

End Run Gives A Chilling Glimpse Into Untold Story Of The Brave Pilots Behind Balakot Airstrike
“Corona Bhaag Ja,” Women Singing & Telling Corona To Run Away From India Is Breaking The Internet