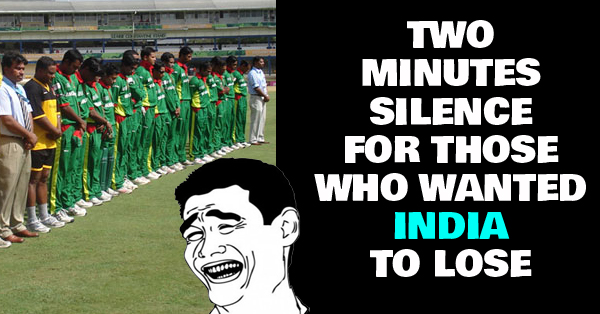 First of all, two minutes silence if you didn’t watch yesterdays epic battle between India & Bangladesh in the Asia Cup Finals. It was never so exciting between India & Bangladesh but one Photoshopped image of MS Dhoni has made this match a match of self-respect of millions of Indian cricket fans. Bangladesh performed amazingly in their recent matches in the series, but when it came to the finals they went really aggressive and gave a pretty decent total of 120 runs in 15 Overs to the Indian Cricket Team. Indian team in response to the total started off slowly but once Virat Kohli & Dhawan gained momentum, they just smacked all the bowlers of Bangladesh. Dhawan scored an awesome half century leading India close to victory. After Dhawan lost his wicket it was Indian Skipper MS Dhoni took the responsibility to answer those people who photoshopped his pic. His awesome innings can be understood just by considering the last over in which he scored a six, a four and finally a six to end the game in his Style. He completely nailed Bangladesh with his epic style of finishing off the match. No Wonder why he is called the Best Finisher.

Soon after the victory Social media was flooded with hundreds of Memes trolling Bangladesh Team and those people who photoshopped Dhoni’s pic. Here we bring you 20 Such AWESOME memes from the Asia Cup Final Match, which will give your bones a nice Tickle. Enjoy the memes and don’t forget to share it with your friends.

1. That Moment When India Won ♥ 5. Find The Man Who Annoyed Dhoni 6. Fans Who Represent their Nations 7. This Is Epic! These Two Things Never Change 8. I Feel Bad For The Girls 11. RESPECT For The Indian Cricket Team 15. After Dhoni Returns Back To India 17. Emotions Changed In Just One Hour 18. We Surely Missed These Reactions Yesterday The Note Inside This Oldest Bottle Made The German Couple Rich !! Check The Message Here
These 2 Actors Will Replace Ram Kapoor And Sakshi In “Bade Achhe Lagte Hain” Season 2